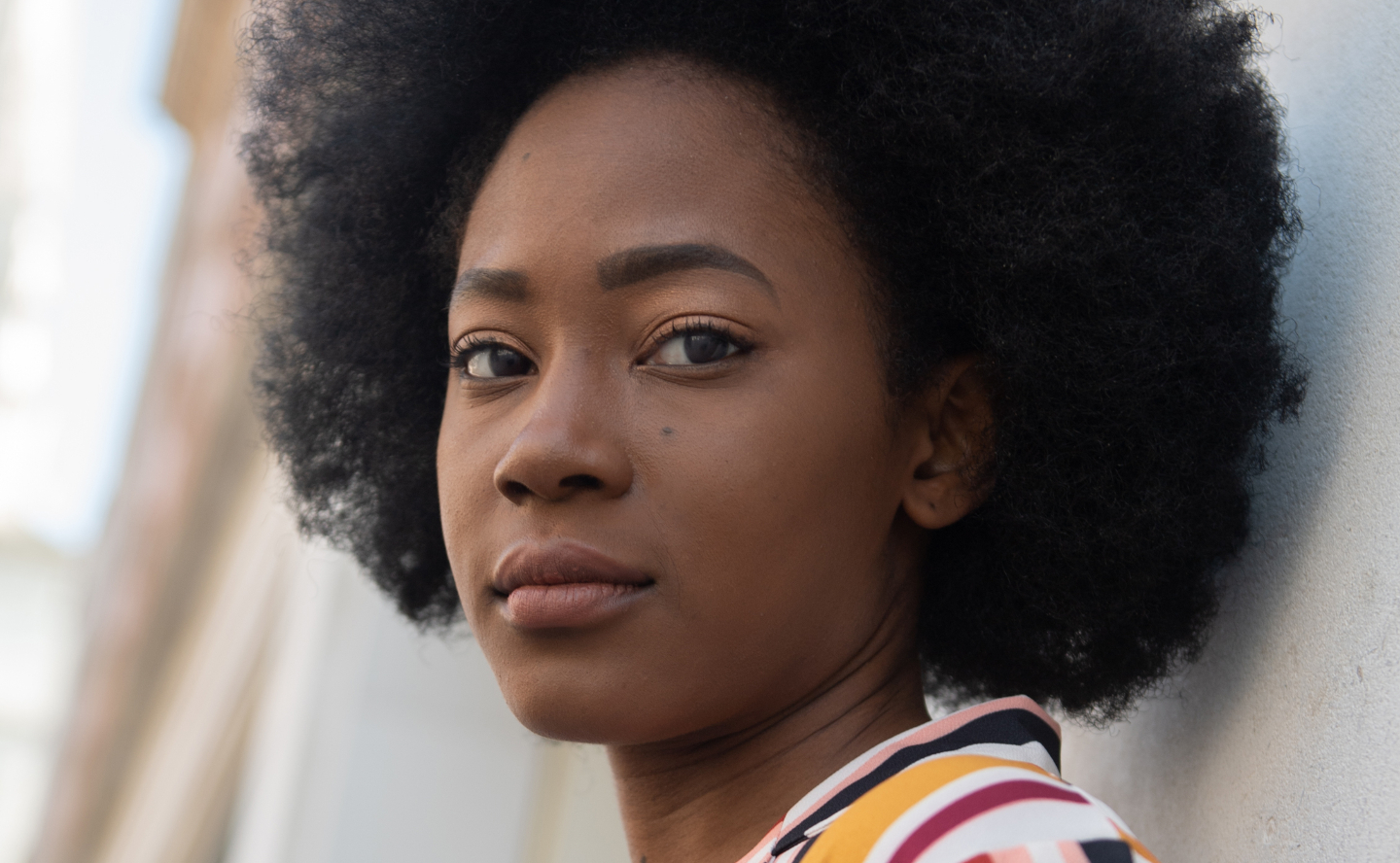 Theresa is a British Nigerian poet, writer, editor, and creative strategist. In 2019 she was appointed the accolade of Young People's Laureate for London for the year, and she was featured in British Vogue in a article called ‘Leaders and Proteges’ which celebrated forces for change. Her debut poetry collection was also published in 2019, and is called 'In Search of Equilibrium'.

After leaving Herts, Theresa took part in the Barbican Young Poets programme to hone her creative talent. She also holds a Masters in Creative Writing from the University of Oxford.

Theresa started winning awards for her work in 2016 and is particularly proud to be a winner of the Brunel International African Poetry Prize in 2018.

Her writing has themes of memory, home, well-being, nostalgia, and familial relationships. She has been commissioned to write for companies such as Selfridges, the National Gallery, and Regent Street. In 2018 she was invited by the Mayor of London's Office to read a commissioned poem at the unveiling of Millicent Fawcett's statue which took place at Parliament Square.

In March 2020 Theresa held poetry teaching residencies at Bethlem Museum of the Mind and Wellcome Collection, which centred around writing in response to visual art. Theresa is looking for interesting projects like this to allow her poetry to merge with other arts, such as film and music, and she would like to continue to travel and connect with different people and organisations.

As a self-confessed secret writer, one of the things Theresa enjoyed most about her student experience was the fantastic range of student societies. She says, 'I joined the Evacreate Society when I was at University which organised music and poetry events, and I eventually had the courage to perform at one of the events. I immediately loved Herts because of the vibrant campus and the balance between student academic life and social life.'

Advice for other students

'If my younger self were starting university tomorrow I would say to her: be fearless, and don’t be too hard on yourself, it will be fine.'

'Be committed to learning and the patience it could require, the reward will come at the right time. Be yourself, explore and experiment, that is what creativity is all about.'

Be committed to learning and the patience it could require, the reward will come at the right time. Be yourself, explore and experiment, that is what creativity is all about.