The 2012 Francis Bacon lecture was delivered by Professor Raymond Tallis. 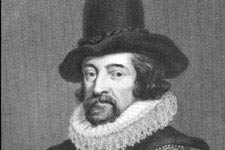 Neuromania is based on the incorrect notion that:

While the brain is a necessary condition of every aspect of human consciousness, it is not a sufficient condition - which is why neuroscience, and the materialist philosophy upon which it is based, fails to capture the human person.

Since the brain is an evolved organism, Neuromania leads to Darwinitis, the assumption that, since Darwin demonstrated the biological origins of the organism Homo sapiens, we should look to evolutionary theory to understand what we are now; that our biological roots explain our cultural leaves.

In fact, we belong to a community of minds that has developed over the hundreds of thousands of years since we parted company from other primates.

Raymond Tallis was Professor of Geriatric Medicine at the University of Manchester and Consultant Physician in Health Care of the Elderly until 2006.

He has written 200 research publications mainly in epilepsy, stroke and neurological rehabilitation.

In 2000 he was elected Fellow of the Academy of Medical Sciences and has received many prizes. In July 2011 he was elected Chair of Healthcare Professionals for Assisted Dying.

He has published fiction, poetry, and 22 books tacking subjects such as:

Professor Tallis is an Honorary Visiting Professor in English at the University of Liverpool.  He writes regularly for The Times, has a column in Philosophy Now and appears annually at the leading literary and science festivals.

His latest book, and title of his lecture Aping Mankind. Neuromania, Darwinitis and the Misrepresentation of Humanity was published in 2011.

The Economist Intelligent Life Magazine identified him as one of the world’s leading polymaths.