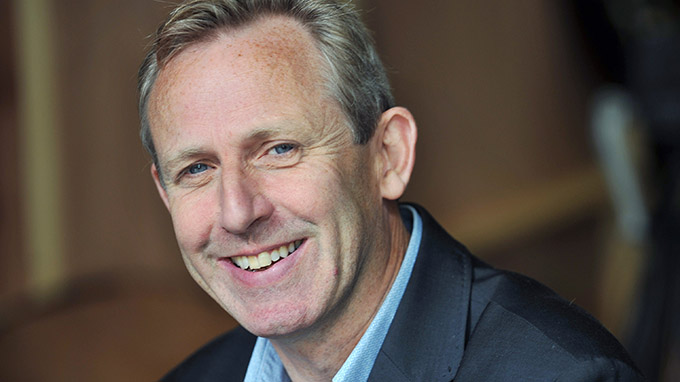 Alistair Spalding has been Artistic Director and Chief Executive of Sadler’s Wells theatre in London since 2004.

Under his stewardship it has become a world-leading dance house, presenting a diverse programme of dance in all its forms and hosting first-class UK and international companies and artists, such as Nederlands Dans Theater, Alvin Ailey American Dance Theater and Cloud Gate Dance Theatre of Taiwan.

Alistair discovered his love of dance relatively late in life. He left school at 16 with only a couple of ‘O’ Levels but with ambitions to be a lawyer or a journalist. He took a job as a clerk-cum-tea boy in a solicitor’s office and completed legal executive exams at night school. He enrolled on a combined studies degree course at Hatfield Polytechnic, graduating in 1980 with a BA in Linguistics and Philosophy.

After six years working as a primary school teacher, and in need of greater cultural nourishment and a change of direction, he accepted a job as an Arts Programmer at the newly-built Hawth Arts Centre in Crawley. It was here he became particularly interested in commissioning dance productions.

Alistair’s big break came in 1994 when he joined London’s Southbank Centre as Head of Dance and Performance. Here he enjoyed working with some of the brightest names on the contemporary dance scene and collaborating with dance companies overseas. Having made his mark at Southbank, in 2000 he joined the newly re-opened Sadler’s Wells.

In 2016 he was welcomed on site to officially open Spalding Court, part of the University’s exciting new accommodation development at College Lane.

Alistair has regularly visited campus since then and was the key note speaker at our Humanities Conference in 2019 and a presenter in the 2020 Festival of ideas.

He was appointed a Commander of the Order of the British Empire (CBE) in the Queen's Birthday Honours 2012, for services to dance.

Find out more about Alistair on the Sadler's Wells Theatre website