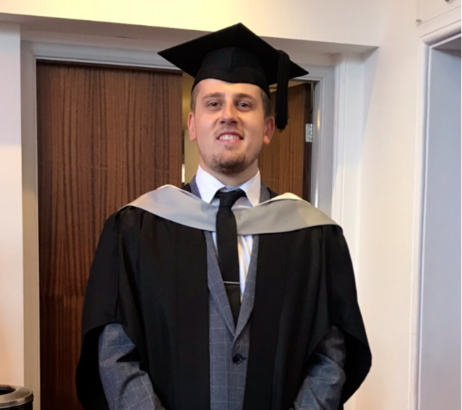 Choosing the right course at university can be hard, and believe me, this isn’t a bad thing. There are so many factors to take into consideration for what is essentially one of the most important decisions you’ll make as a young adult. After spending a few months at another university and realising it just wasn’t the right time in my life for that, I applied for the FdA in Business at West Herts College. This then became BA(Hons) Business and Event Management at the University of Hertfordshire, which was the degree I graduated with three years later. I chose this pathway due to the diversity in options upon completion.

Being an undergraduate student at college can take time to adjust to due to the environment of younger students. However, after a while it becomes just like any other academic setting. The timetable was structured well and allowed me to essentially work full time alongside my studies. The available facilities. including the bespoke degree centre for higher education students allowed a suitable environment for independent work, as well as group work and social interaction. The thought of progressing to my final year at the University was daunting at first. However, the staff at Herts were extremely welcoming of any direct entrant students and I got on very well with those on my course. It was great to meet new people and also see those from college around campus. Although I did not make use of it myself, there is more than enough support for direct entrant students. Although I must say, by the time you get to third year… you become slightly too busy to think about transitioning from the college!

The experience at the University is certainly different from that at the college. Whereas at the college you can make the most of tutors being present for the majority of classes, the University modules required more independent learning and thinking. However, this was extremely beneficial for my progression, both as a student and in the workplace. The forms of delivery and assessment really encourage you to develop your creativity and ability to approach a topic. Forming a line of discussion supported by research often led to coming up with well-structured academic writing. Alongside this, working in groups was a common aspect of studying, which not only meant you met new people, but learnt from each other too.

In terms of the social activities at the University, the list is endless. Whatever sport you’re interested in, they have a team for it. Whatever social activity you’re interested in, they have a society for it. Although - if I’m honest - I’m not great at many sports, I played campus football weekly with a few guys I met on my course. We didn’t do too well… but it was definitely fun to get out on a pitch once a week.

Finishing university can be as intimidating as starting. Suddenly you wake up and think… wow… what do I do now? The thought of packing your bags and jetting off travelling can be very attractive at first. However, to each their own. With the COVID-19 pandemic unfortunately in full swing upon completion of my degree, options were limited. The University realised this and attempted to ensure every student left knowing that there is something out there for everyone.

So, you may be wondering what I’m doing now a year after graduating? Funnily enough, I now work as a business lecturer at West Herts College - the consortium college I previously attended. I expressed an interest in teaching in my second year, and was lucky enough to get a role in the energetic business department working alongside some of my previous lecturers. Having a combination of both workplace and academic experience helped me to progress in a role despite my lack of previous teaching experience.

Thank you to everyone I met at both West Herts College and the University of Hertfordshire.