UK Alumnus/Alumna of the Year 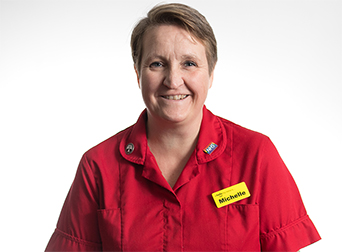 Whittington Health NHS Trust and is an outstanding member of our alumni community. Since graduating from Herts, her career has grown from strength to strength.

As a leader, Michelle is known for demonstrating and championing diversity and inclusion. She volunteers as a trustee of the Roald Dahl’s Marvellous Children’s Charity, is a Queen’s Nurse, and was recently awarded an MBE for services to the NHS during COVID-19. She continues to support her colleagues by championing further education and encouraging them to reach for new opportunitiies.

During the pandemic, Michelle responded quickly, wholeheartedly, with compassion, dedication and care. She was a reasoned voice amongst the clamour of noise, giving people strength and clarity when it was needed. She maintained her customary approachability despite the enormous pressure and workload, continuing to respond to issues and challenges as they arose.

Her commitment remains undiminished to this point, no doubt at some personal cost and sacrifice, but the legacy she has given her colleagues and the organisation will undoubtedly last a lifetime.

We are incredibly proud of Michelle’s success and delighted to recognise her as our 2021 UK Alumna of the Year.

Michelle shares her experience of joining the University of Hertfordshire to study MSc Child Health. Having never been to university before, Michelle explains how she initially felt like a 'fish out of water' but with the support of her lecturers and cohort, she grew in confidence.

International Alumnus/Alumna of the Year

Hamid Ibrahim, was born in Uganda and chose to pursue his life-long 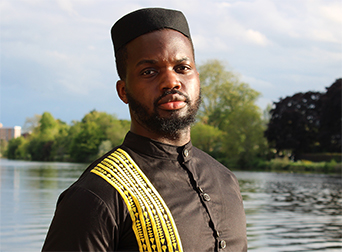 passion for creativity by studying BA (Hons) 3D Animation and Visual Effects at the University of Hertfordshire.

After graduating in 2017, Hamid joined visual effects studio Moving Picture Company, where he worked on feature films such as the live-action remake of the Lion King in 2019. He co-founded his entertainment company, Kugali, in 2017 before pursuing it full-time in 2018. Kugali tells stories inspired by African culture, through art, comic books and augmented reality.

Walt Disney Animation Studios have recently joined forces with Hamid Ibrahim, and his entertainment company Kugali, in what is a first of its kind collaboration for Disney Animation. The series, titled Iwájú, will be set in Lagos, Nigeria and will explore the themes of class, innocence and challenging the status quo.

We are immensely proud of what Hamid has achieved in the short time since graduating and we are delighted to announce him as our 2021 International Alumnus of the Year.

Hamid shares how he feels to have won this award and the decisions that led him to study at the University of Hertfordshire.