Meet Helen, who decided to change career after two decades in the police. After overcoming significant challenges with help from her tutors and friends at Herts, Helen is now a Community Nurse with ambitions to become a Sister. 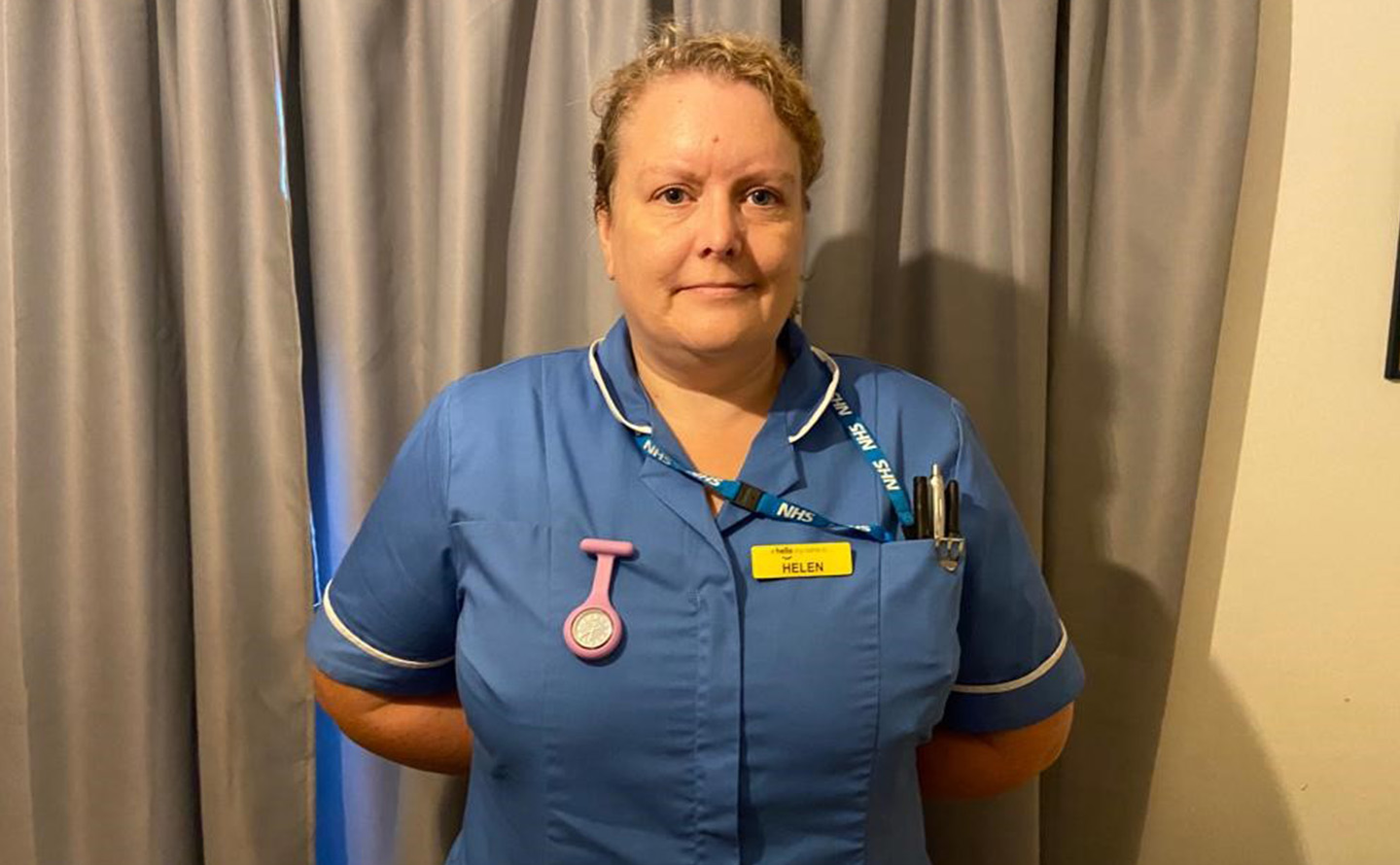 Helen spent over two decades in the police as a dispatcher and special constable before deciding to retrain. Helen’s experience in the police had taught her many transferable skills, including how to manage difficult and emotional situations, which made her an excellent fit for a career in healthcare.

‘I became a reablement carer, spending three years at a local company helping people get back to normal and keep their independence after a stay in hospital. I wanted to do more to help older people and those with learning difficulties though, so I began working for an out-of-hours GP service, where I was responsible for managing medication and acting as a chaperone. My colleagues were very supportive of my development, and this experience helped me realise my ultimate goal of becoming a nurse.

‘Unfortunately, I had left school without A-levels, which meant I could not apply to study nursing at university. I completed an access course at my local college but had missed the university application deadline, so decided to try my luck with Clearing. I was fortunate enough to be offered a place at Herts and accepted immediately - I had heard great things about Herts and my daughter had graduated from here in another discipline.’

Not long after Helen started her BSc Nursing (Adult) degree at Herts, she began to experience similar challenges that led to her leaving school before completing her A-levels.

‘I knew I was intelligent, but my reading speed and other things were holding me back. I was assessed by the University’s wellbeing service and found out that I had both dyslexia and dyspraxia. Despite my diagnosis, the support I received from Herts was outstanding and I could not have completed my course without the encouragement of my tutors.

‘I also owe a debt of gratitude to the friends I met on the course. Being much older than many of my cohort, I was worried I would find it difficult to meet people, but that was not the case at all. We all helped one another, whether we were struggling or needed company during a study session.’

Helen has fond memories of Herts and says her proudest moment was giving a speech at graduation as the ‘top scoring student’.

‘I would never have imagined doing this at the start of my course. Herts has made my dreams come true.

‘I’ve just had my first appraisal in my current role and my manager has recommended I apply for a promotion. Hopefully, it won’t be long before I become a Sister. I’m also looking forward to completing my district nursing and prescribing courses at Herts in the future.’