Feedback in the formation of star clusters

Star clusters are objects of tremendous importance, both because all stars form in clusters, and because clusters are extremely bright, making them visible at cosmological distances. Understanding the formation and early evolution of star clusters, and the way in which they consume or expel their reserves of gas and
become visible, is thus vital. Stellar feedback in the form of jets/outflows, ionising radiation, winds and supernovae is a crucial ingredient in understanding this process and we are studying the effects of some of these feedback mechanisms in numerical simulations of turbulent star-forming clouds to answer the big questions of whether feedback is able to terminate star formation and clear clusters of gas.

The image shows the results of a parameter-space exploration in which the impact of ionisation and wind feedback from their own stars is modelled on molecular clouds of a range of masses, sizes and therefore escape velocities. We see that the lower-mass clouds with low escape velocities (towards the top-left of the image) are severely damaged by feedback, leaving their clusters clear of gas and slowing star formation. By contrast, the more massive clouds with higher escape velocities (towards the bottom-right), are largely immune to these kinds of
feedback. 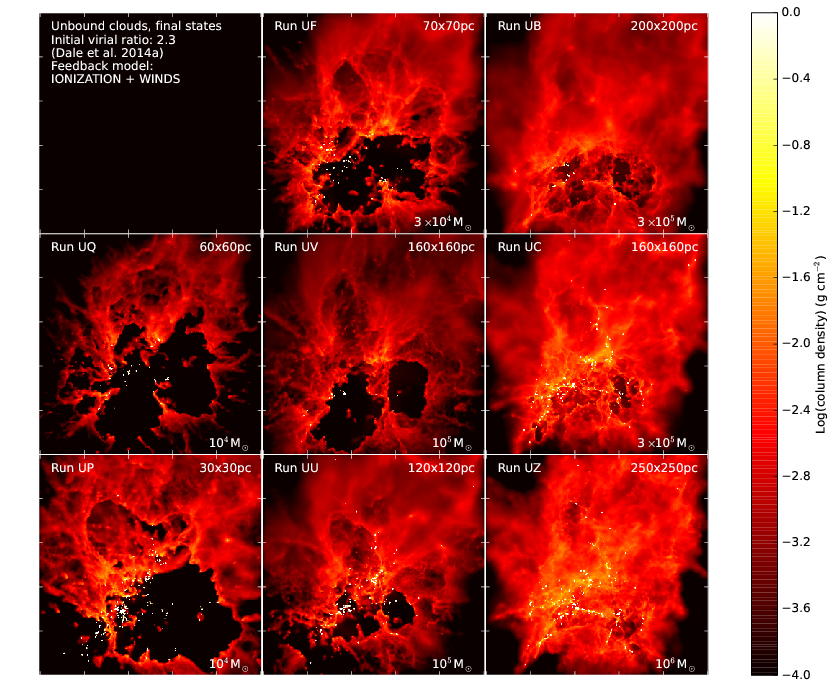 The timescale on which star clusters emerge from their natal molecular clouds to become optically visible is a crucial input for modelling unresolved stellar populations. Observations suggest that even very massive and dense clusters are able to empty themselves of gas on timescales of a few million years. These observations present a great challenge to modellers. We have made great progress in simulating the emergence of lower-mass clusters, as shown in the image below. The left two panels show a control simulation in which there is no stellar feedback, while the right panels show the same cloud with ionisation and wind feedback from its massive stars enabled. The white dots represent stars. In the upper panels of the figure, the extinction in front of each star has been used to show which objects might be visible to an observer. The bottom panels show all stars, irrespective of any gas and dust between each star and the observer. Comparing all four panels gives an impression of the ability of feedback to expose the cloud's stellar population. 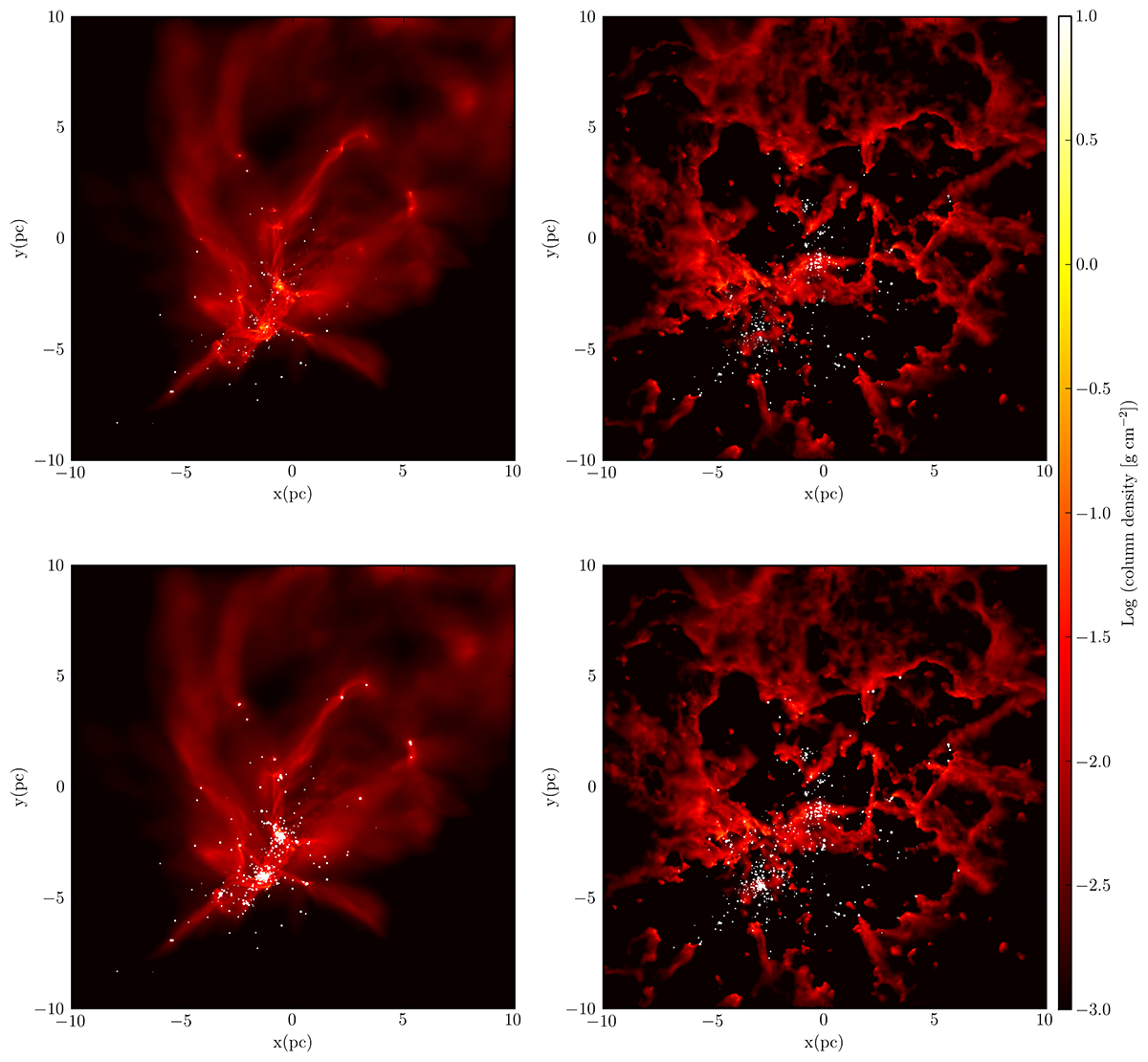 Comparison of numerical simulations and observations

The increased sophistication of numerical simulations of star formation and the wealth of data produced by observatories such as Spitzer, Herschel, ALMA and the VLT demand a framework for the detailed and objective comparison of these two very different kinds of dataset.

The first step is to create synthetic observations of simulations, using sophisticated radiative transfer codes to determine how the simulated clouds would appear to a given telescope and instrument, if they were real objects at a chosen distance seen against a realistic background.

The image shows synthetic observations of a single simulated cloud, as it would appear at two infrared wavelengths to Spitzer (first two panels), and at five sub millimetre wavelengths to Herschel (remaining panels), when placed at 3kpc in front of a realistic background field. We see that, as we go to longer and
longer and wavelengths, it becomes more and more difficult to distinguish the model cloud from the background.