Faraday Waves (6’38”) is a short audio-visual work by composer Rob Godman, in collaboration with with geophysicist Prof. Stephen Morris, and artist Sam Jury.  The work centers on the relationship between sound and liquid in physics, specifically the phenomenon known as Faraday Instability where liquids subject to vertical vibration and frequencies, at the extremes, become unstable. These form non-linear standing waves. In the labs at the University of Toronto, Morris and Godman recreated Faraday's early experiments in order to capture this instability, the physical manifestation of sound, as HD sound and video. The resultant video of six unique experiments, was given to Jury to interpret. Working with notions of iteration and enclosure, Jury made a layered composite, replicating the differing agitations and strata within liquid as viewed from a vertical aspect. Using convolution to embed one sound within the resonance of another, e.g. a boy's voice ‘contained’ within the resonance of a bell, the music is analogous to Faraday’s visualisation of vibration experiments. Throughout, speech rhythms found in the e.e. cummings poem I Carry Your Heart With Me are incorporated, symbolizing the creation and birth of a new life. 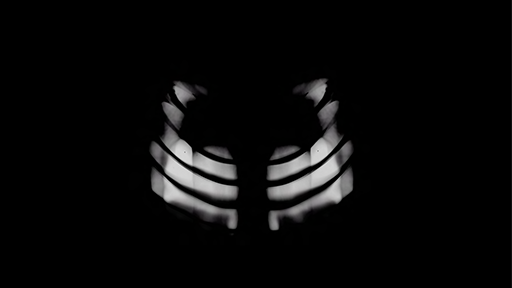