Global Academic Foundation and the University of Hertfordshire

In order to support this development, a senior delegation of academics from the University went to validate the range of programmes, including Business, Mass Communications and Pharmaceutical Sciences.

Global Academic Foundation is a ground-breaking initiative, which provides a complete British education and experience, producing graduates who are attractive to major Egyptian, UK and international employers. This fits with the University of Hertfordshire’s ethos of being one of the leaders in graduate employment rate in the UK with a staggering 93% of students being in work or further study within 15 months of graduating (HESA, 2020). 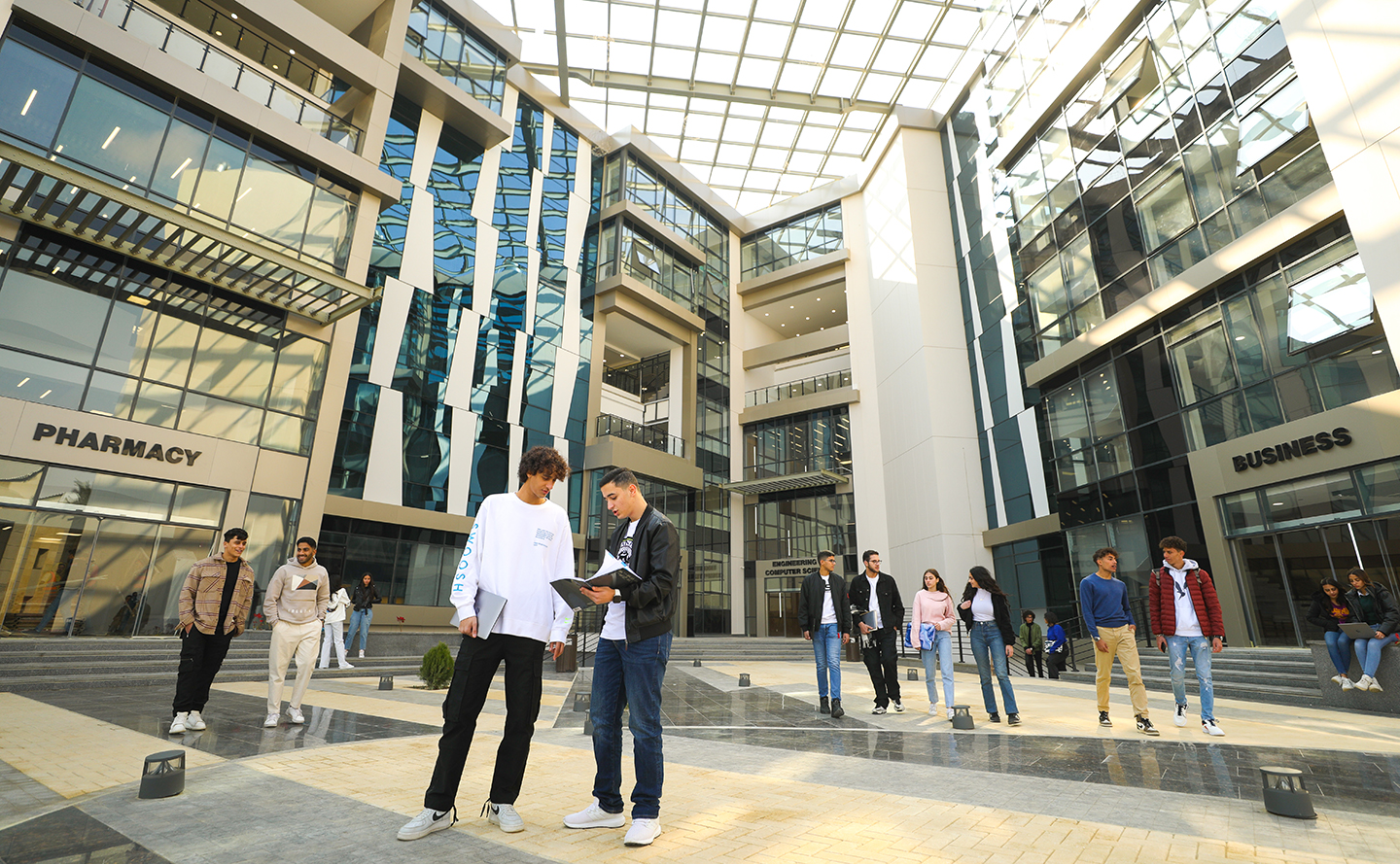 The University of Hertfordshire is one of the fastest-growing international universities that is experienced in delivering quality programmes overseas with 16 major partners all around the world.

The University of Hertfordshire has been delivering overseas courses internationally for 25 years, establishing its first partnership in Malaysia in 1994 that is still running to this day. We have a global network of partners in countries such as China, Pakistan, Brazil, Singapore, Indonesia and Russia. Global Academic Foundation is committed to driving a knowledge-based and innovation-led academic model, thus contributing to transform Egypt into the destination of choice when it comes to exceptional higher education. They aim to become one of the biggest hosts to multi-tiered international branch campuses, bringing to the New Capital of Egypt some of the best universities in the world.

The launch of the University of Hertfordshire’s branch in Egypt follows the signing of a Memorandum of Understanding (MoU) on establishing branch campuses in Egypt between the UK's Minister for Higher Education and Industrial Strategy and Khaled Abdel-Ghaffar, Egypt’s Minister for Higher Education and Scientific Research, in January 2018. Supported by Universities UK, the MoU follows sustained growth in UK-Egypt higher education partnerships which have increased substantially since the signing of a government to government MoU on education, research and innovation in 2015, which opened the doors to new opportunities.

"We are delighted to have agreed a landmark partnership with the Global Academic Foundation to offer degrees in the New Capital of Egypt. This move gives young people the opportunity in Africa and the Middle East to study a range of University of Hertfordshire courses from 2020 including Business, Humanities and Pharmacy related programmes. We have experience in delivering transnational education and supported distance learning programmes all over the world and this new venture will allow even more students from across the globe to access the institution’s high-quality teaching and support to graduate with the knowledge, skills and attributes to succeed in their chosen career."

"The University of Hertfordshire is delighted to be able to launch this flagship partnership with Global Academic Foundation in New Capital, Egypt. We would like to thank all our colleagues from the UK and Egypt, who have worked tirelessly on this project over the last 12 months. Their efforts have enabled us to develop this exciting new collaboration, that includes a state-of-the-art campus to match our world class Education standards. We are confident that our partnership with Global Academic Foundation will provide quality of Education, that meets the needs and demands of the Egyptian Economy."

Director of International Partnerships at the University of Hertfordshire 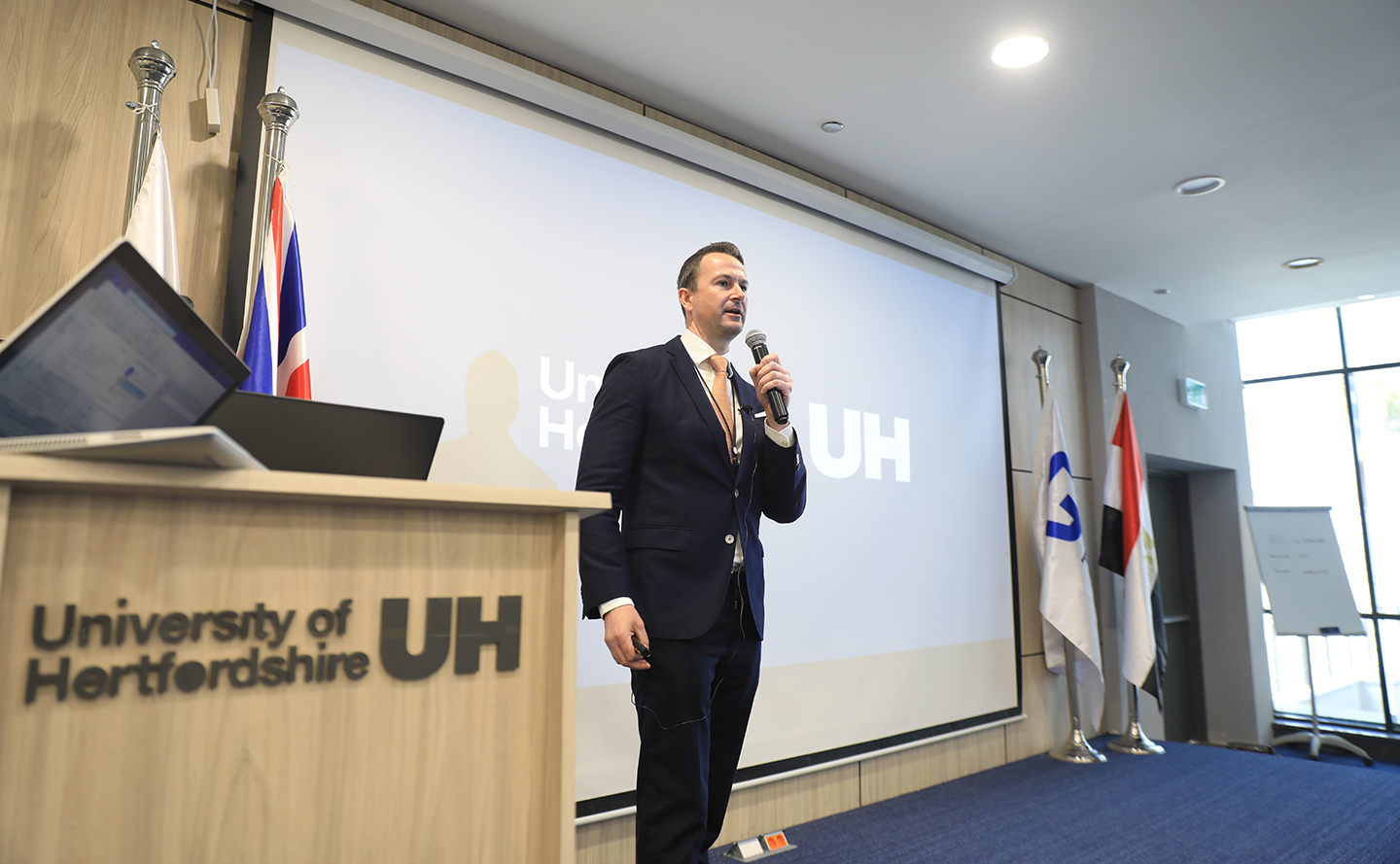 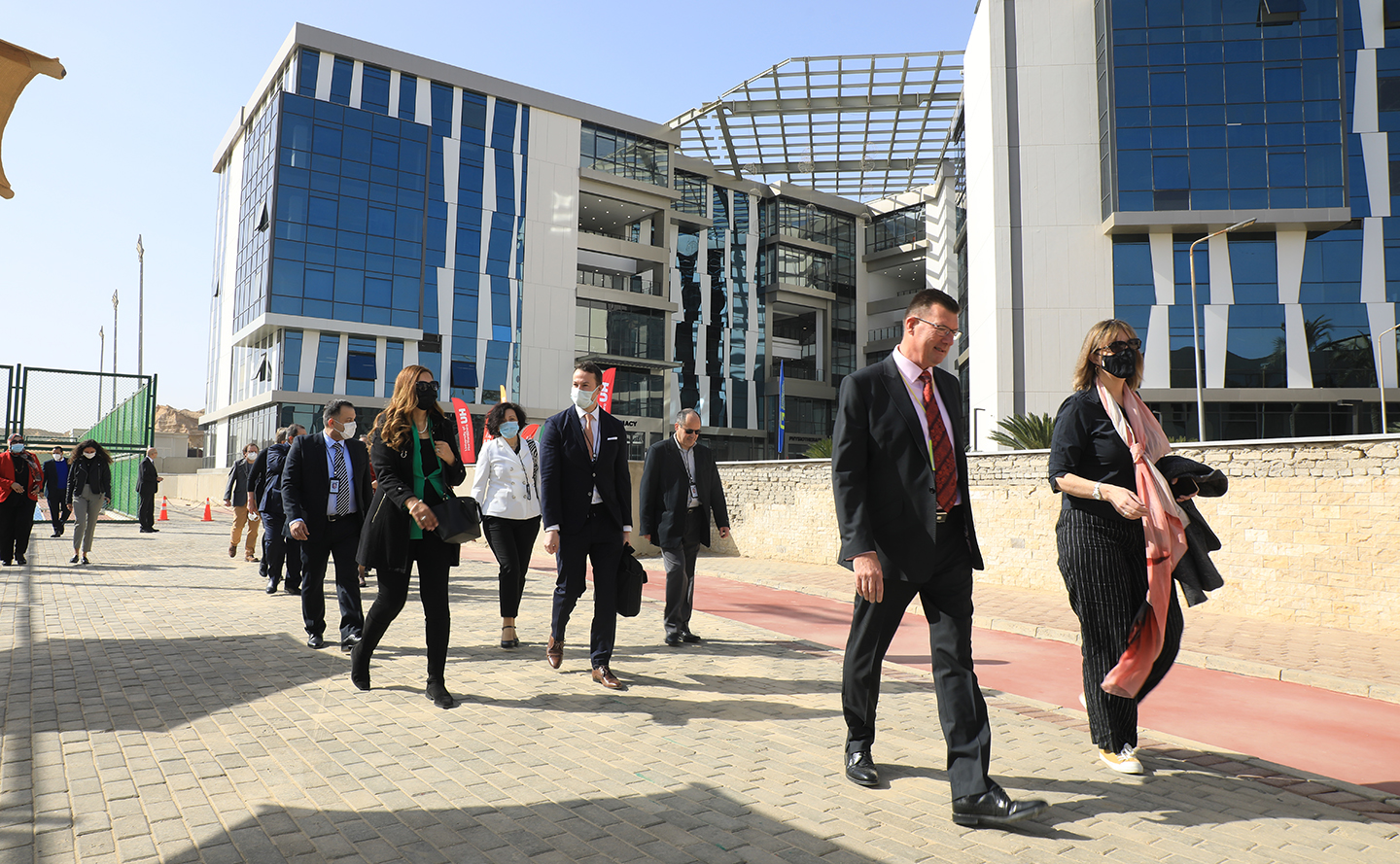 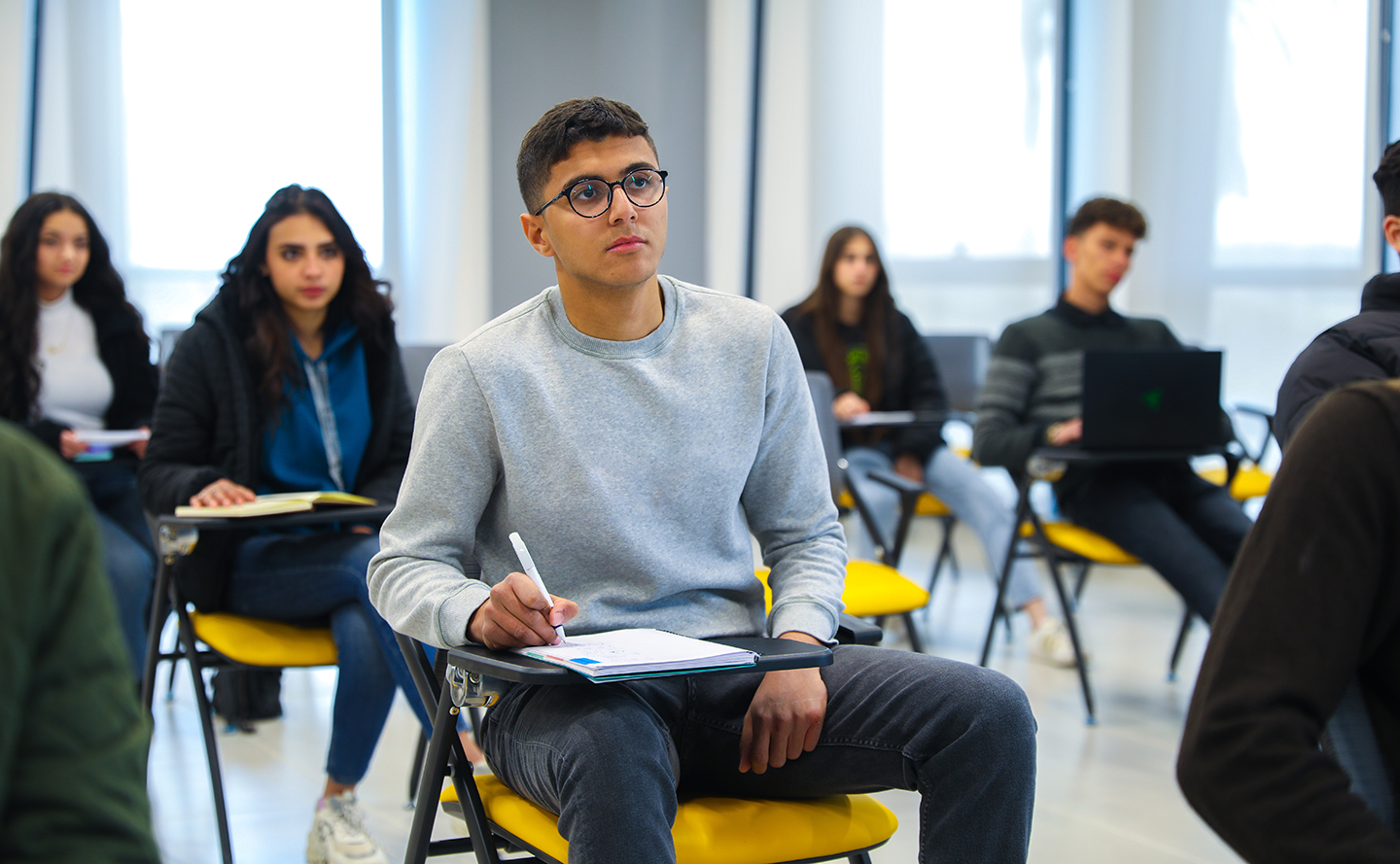 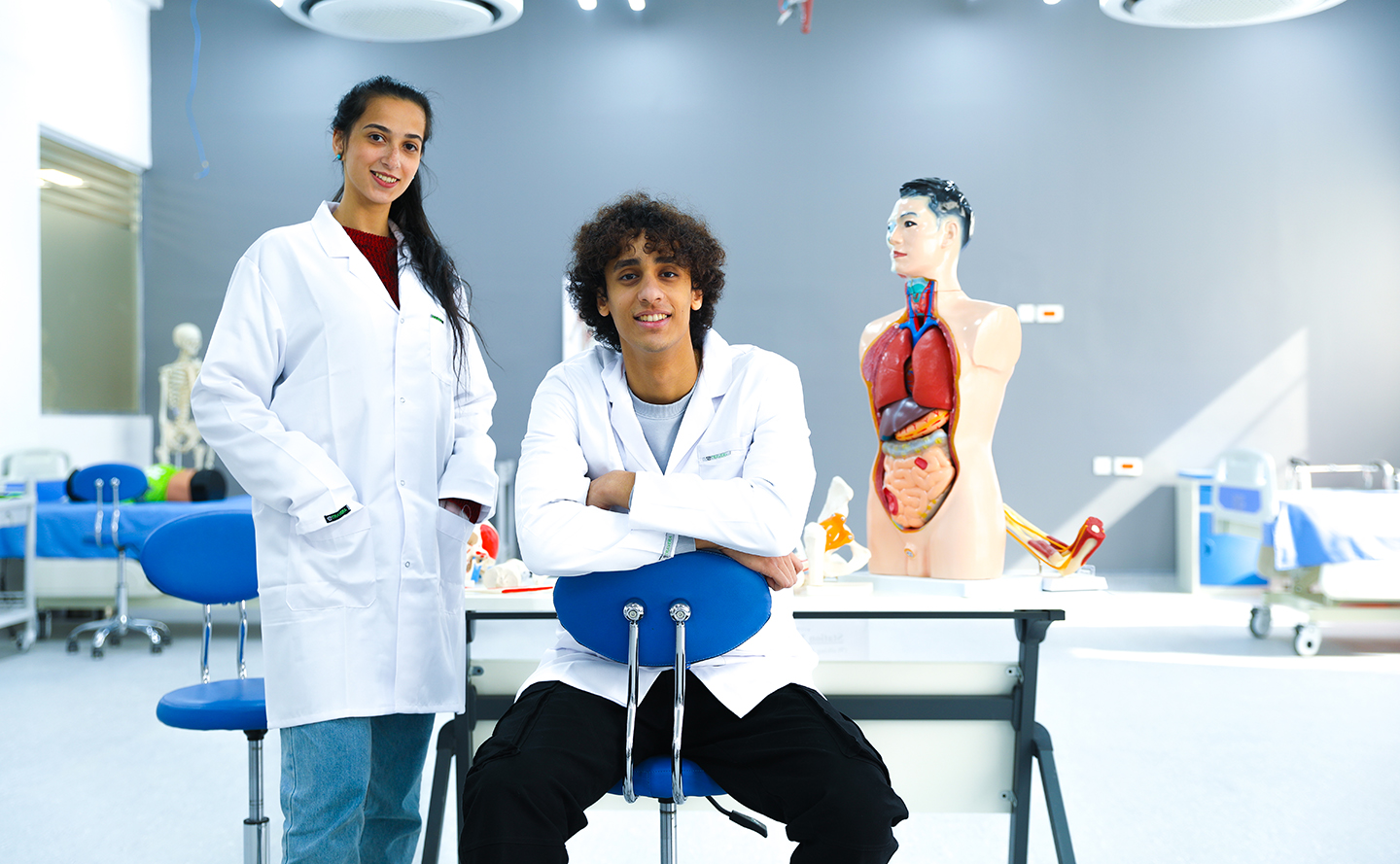 Want to see more of the Egypt campus and explore the buildings in the New Capital? Take the virtual tour.

School of Engineering and Computer Science

School of Health and Social Work

School of Life and Medical Sciences

Find out more about the programmes on the GAF website. More programmes to be delivered in the following years upon agreement of both sides.