“This book provides an excellent account of the... asylum over 140 years”

“The text describes how [the asylum] provided work for many locals, and gives a detailed account of the buildings themselves and of the staff and patients who populated them. The buildings included a chapel - St Luke's - and a nurses' home, and even an on-site brewery! Even without ancestors in the Three Counties area it is a useful book on the subject of asylum care.” Paul Gaskell, Oxfordshire Family Historian

“The book is absorbing to read... with extensive footnotes to every chapter, pertinent illustrations and a comprehensive index, this is a book I would recommend you read, to inform and educate, about this sensitive subject, and about the history of 'Fairfield' as a hospital, local employer and institution.” Jane Tunesi, Hertfordshire People

“This book gives a vivid, detailed account of the buildings, staff and patients who occupied the hospital. Its authors are well qualified to tell us this story, for they share backgrounds in social anthropology, occupational and family therapy and psychotherapy.” Ruth Jeavons, Herts Past & Present

“… comprehensively gives a history of, not only the Three Counties Asylum, but also of the changes of attitudes to and treatment of mental illness over the lifetime of the institution.” Janet Morris, CALH Review 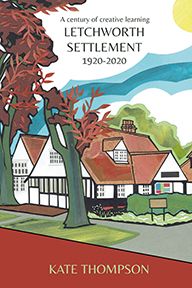