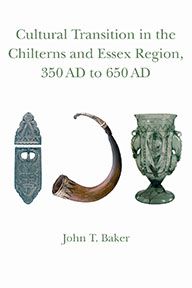 Cultural Transition in the Chilterns and Essex Region, 350 AD to 650 AD

“John Baker's study considers, in a balanced and open way, the challenges of using different sources to address the complex and hotly-debated period of social and cultural change between the 4th and 7th centuries A.D. ...a valuable addition to regional studies of this period of transition.”

Though it is difficult to demonstrate unbroken occupation of Romano-British sites throughout the period, the continued existence of British communities in most of the region has been shown by topographical evidence and by the existence of place-names demonstrative of Old English contact with pre-English communities.

The distribution and density of Germanic archaeological remains vary considerably within the region, such that it is unlikely that there was only one predominant process by which Germanic culture was introduced to it. This highlights the danger of making generalised statements on the nature of interaction between people of British and Germanic culture in this period.

The transition from Romano-British to Anglo-Saxon material culture is likely to have been the result of a combination of different processes. 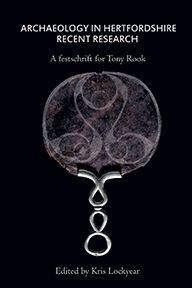