The number of x-ray workers grew dramatically in the second decade of the 20th century due in part to the impact of World War I and the formation of an association of such workers was inevitable in post war Britain. It was hastened by the desire of medical practitioners (radiologists) to secure the ‘ownership’ of x-ray work and leading radiologists at the time approached the Institute of Electrical Engineers for support. As a result the Society of Radiographers was established in 1920. Its first Council comprised five radiologists, six electrical engineers and a physicist, to which were added six selected radiographers from the London area. In the 100 years since, the Society has represented the interests of radiographers and advanced the highest standards of practice in support of their patients.Two of the Society’s past Presidents, Audrey Paterson and Richard Price, approached the University of Hertfordshire’s Heritage for Business unit (H4B) for advice on celebrating the Society’s centenary.

The Oral History Team joined up with H4B to develop a project in which significant figures in the organisation’s more recent history were invited to record their memories as a collaborative exercise. A team of interviewers, including five of the university’s student radiographers, was trained to carry out the project interviews. These were recorded at the Society of Radiographers headquarters in London SE1, alongside the Thames, in June 2019. It was a day that was about far more than interviews, however, as those present mingled, reminisced together and studied a range of artefacts recalling the history of the Society. 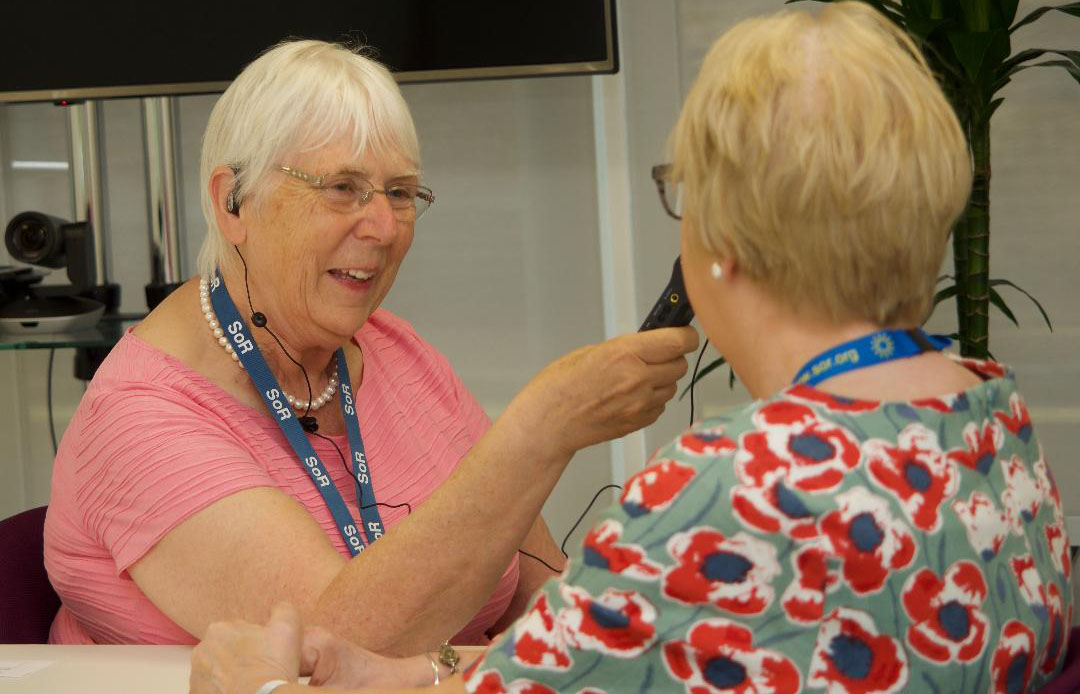 The recordings were duly processed ready for archiving and making available online to interested parties around the world. Selected extracts were then shaped into sample tracks and an extended project podcast, ready for the start of the Society’s centenary year.

Members of the team have shared their thoughts of the day.

Peter Reilly, one of our community members, enjoyed putting his training into practice:

Helping such a worthwhile body as the Society of Radiographers celebrate their centenary by capturing its history in oral form gave me real personal satisfaction. Putting my oral history training into practice made the day a great learning event, adding new skills and having new experiences.

Erica Waterweg came to the project as a radiography student:

I found the experience to be a great opportunity for me as a radiography student. I was keen to learn more about oral history, communication techniques and the Society of Radiographers...and overall my expectations were far exceeded. I didn't just gain an increased understanding of all the above-mentioned; the enthusiasm and commitment of the interviewees made me feel much more connected to the Society and its history. I feel honoured and grateful to have been a part of this project.

Paul Wicklen really enjoyed the experience and the welcome they received:

It was so nice to have met a roomful of such influential and genuinely nice past Presidents who all made us students and freshly-qualified radiographers feel really welcome and valued. This most enjoyable day will stay with me for a long time and it has certainly inspired me to get involved with the SoR in the near future.

Listen to the full recordings by visiting the Society of Radiographers Oral History Archive.

Listen to the podcasts which have been made to celebrate the centenary.

Watch the videos presented by the Society of Radiographers in celebration of Oral History Day.