A Brunometer is a hand-held mechanical device that allows you to work out the surface temperature on planets.

It is named in honour of Giordano Bruno, an Italian philosopher burnt at the stake by the Roman Inquisition in 1600. Amongst Bruno’s teachings was the idea of a vast number of inhabited worlds spread throughout the universe.

The Brunometer will allow you to work out if newly found extrasolar planets might harbour water-based life. The device has three movable parts that are connected together by an eyelet, about which they can turn. A finished Brunometer is shown below. Click on the image to view it at a higher resolution. 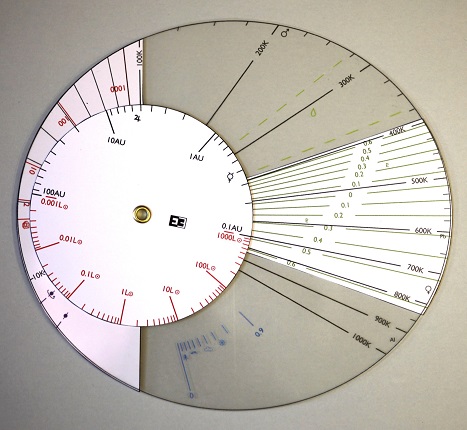 Use the slides in lessons and as a source of further information.