How to Take Off

Meet Boushra el-Aimeni, the first-ever female captain at her airline. 449 men and her.

A young woman is sneaking out of her house in the middle of the night – again. A car is waiting for her.

“Just when most other people my age are trying to creep into the house at 3 am, I’m in reverse.”

Meet Boushra el-Aimeni, the first-ever female captain at her airline. 449 men and her. It’s not easy but she’s not going to give up her heart’s dream.

This is the fifth piece in the Nothing on Earth short film series written by Anna Reynolds, produced by Pursued by a Bear. Read more about the series on the Nothing on Earth: Blog commissioned by the University of Hertfordshire to give you an insight into the creative process.

The film is a composite of different experiences. I was especially inspired by the true story of a trailblazing female pilot who was the first-ever woman to captain for her airline. I was captivated by her fierce energy and passion. Anna Reynolds

Pursued by a Bear

Pursued by a Bear is an award-winning theatre and digital film producer residence at Trestle Arts Base in St Albans. Founded in 1998, they have commissioned and produced over 15 new theatre commissions for UK tour and numerous short films made in educational/participatory settings. 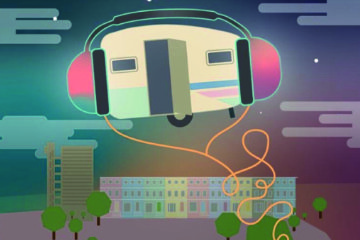 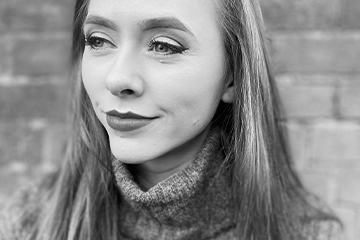