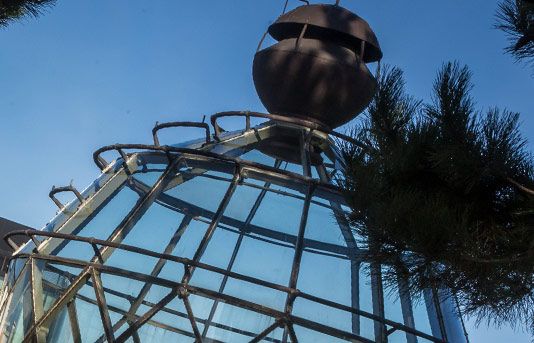 We are delighted to say that we have had some wonderful applicants and recipients for this latest award.

The History of Hertford Choral Society

Background of the project

In 1938 with the outbreak of war imminent, a small group gathered at the Parent's National Education School in Benego, Hertford to sing together. The choir survived the difficulties of war time and today it is a flourishing non-auditioned community choir. This is no small achievement and a project was conceived two years ago to write the full history of the choir. One of the original founding members of the choir survives today and it was clear that this particular anniversary should allow the capturing of memories and recollections from those who had played parts in its history.

Extensive interviewing of members, past members, presidents, chairmen and conductors has now taken place.  Local documents and newspapers have been researched through HALS and descendants of deceased conductors etc have been tracked down through genealogical web-sites.

Over the last two years considerable research has been undertaken to write this history. A final draft of the publication is scheduled for editing and proof-reading in January 2018 with a timetable to achieve publication by August 2018.

Background to the Walking Trail Project

We are working with local resident John Cartledge to encourage local residents and visitors to discover our local heritage.  A keen railway enthusiast and advocate of passenger rights, John has devised a series of 18 walking trails of the area. These trails, known as “Teddy’s Trails”, are published on the Town Council’s website and are self-guided. John has agreed to develop a new trail to cover railway-related points of interest.

Like the other trails it will be documented on-line so that people can choose whenever they wish to walk it. All of Teddy’s Trails are free-of-charge. John has also offered to guide several groups along the new trail as part of the programme of activities celebrating 150 years of local rail service. Each tour would start with a brief orientation session at Allum Manor, followed by a visit to the railway station several minutes away.

The trail would then take public paths on both sides of the railway line, halting at points of interest along the way. A maximum of 30 people could take each tour, which we estimate would last about 3 hours, consistent with other trails in the series. Each participant would receive a free copy of a souvenir guide containing maps and still photos from various periods over the past 150 years. Visitors to the 6-month long Exhibition could pick up a copy of the souvenir guide at the Museum, free of charge.

2018 sees the 100th anniversary of the WW1 armistice. To mark the occasion we are running a multi-media art competition aimed at secondary school students in the St Albans district, in years 7-10, which will culminate in a 3 week exhibition of the finalists’ work in the newly refurbished St Albans Town Hall, Museum and Gallery. The exhibition will conclude on 10th November 2018, the Saturday before the Armistice Day centenary.

In a series of school presentations to launch the project, approximately 20,000 students will be invited to produce an original piece of artwork. The artwork in the medium of their choice will show a consideration of the impact that the conflict had on their own community. Moreover, it will reflect how the experience might have been for those returning to normal life in the months and years directly following the war and how that impact might be effectively expressed to a modern audience.

In so doing a narrative of the impact of WW1 will be created by the youth of 2017 to pass on as their own legacy to future generations.

The Alliance had a successful launch at City Hall London early this year. This was followed up by the production of a booklet and a web site. 5000 booklets were produced. These were distributed at several sites in the Lea Valley, however, we have now exhausted our supply, hence we are requesting support from the Heritage Hub Grant Fund to produce another 5000 plus an insert to tell in more detail some of the industrial heritage achievements that have happen in the Lea Valley.

Consultation with various stakeholders and attractions has concluded that they have not only increased their visitor numbers because of this, but have also experienced a large increase in hits on their web sites. We believe that the production of 5000 additional booklets will increase and enhance access to the region’s heritage even further. They will also again raise even further the community’s awareness of the importance of the regions heritage.