Marking the centenary of the last meeting of the 'No Conscription Fellowship'. 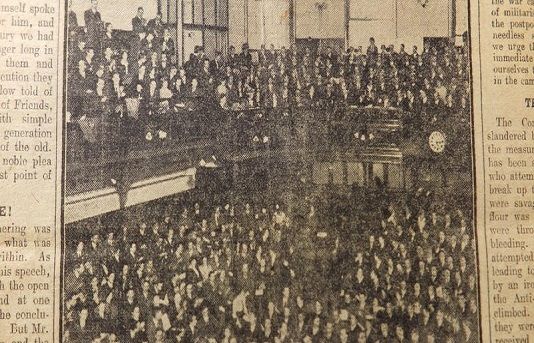 Pacifism in the Aftermath of War 1919

A one day conference organised by Simon Colbeck.

This event marks the centenary of the final convention of the No Conscription Fellowship; Conscientious Objectors who, with their supporters, had provided the principal opposition to war during the five years of its existence.

Who were the war resisters and what became of them?

Why was the NCF disbanded?

What is their legacy and impact for peace and civil rights down to the present day?

Films, speakers and discussion will explore these questions and more.

The gathering that formally closed down NCF activity took place at Devonshire House on Bishopsgate in Central London on 30th November 1919.

The building then became the headquarters of British Quakers.  This important centenary will be marked at Friends House, Euston.

Speakers will include Cyril Pearce, David Boulton and Lois Bibbings.

Admission is Free but booking is advised.