A launch event for the latest from our Studies in Regional and Local History series. 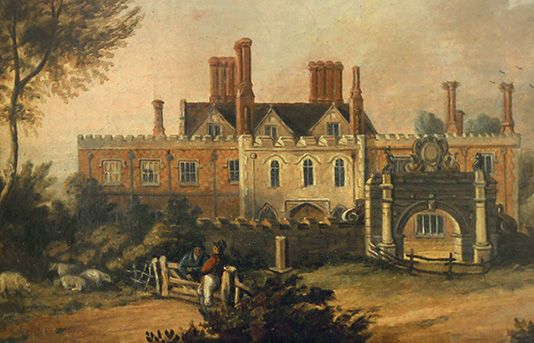 Managing for Posterity by Elizabeth Griffiths is published by University of Hertfordshire Press. We will be launching this book at a free event in the beautiful surroundings of Thoresby College in Kings Lynn where there will be an opportunity to hear Professor Jane Whittle discuss Elizabeth's research.

Securing the long-term survival and status of the family has always been the principal concern of the English aristocracy and gentry. Central to that ambition has been the successful management of their landed estates, whilst failure in this regard could spell ruination for an entire family. In the sixteenth century, the task became more difficult as price inflation reduced the value of rents; improved management skills were called for. In Norfolk, estates began to change hands rapidly as the unaware or simply incompetent failed to grasp the issues, while the more astute and enterprising landowners capitalised on their neighbours' misfortunes.

When Sir Hamon Le Strange inherited his family's ancient estate at Hunstanton in 1604 it was much depleted and heavily encumbered. The outlook was bleak: such circumstances often led to the disappearance of families as landowners. However, within a generation, he and his remarkable wife Alice had modernised the estate and secured the family's future. After 700 years, the Le Stranges still survive and prosper on their estate at Hunstanton, making them the longest surviving gentry family in Norfolk.

The first part of this book presents new research into the secret of their rare success. A key aspect of their strategy was a belief in the power (and economic value) of knowledge: Hamon and Alice wanted to ensure that their improvements would endure for posterity. To this end, they curated their knowledge through meticulous record-keeping and carefully handed it down to their successors. This behaviour, instilled in the family, not only facilitated on-going reforms, but helped future generations overcome the inevitable reversals and challenges they also faced.

The second part of the book collects together four related papers from Elizabeth Griffiths' research about the Le Stranges, Hobarts and Wyndhams, republished from the Agricultural History Review and edited from two Norfolk Record Society volumes. For anyone interested in early modern rural society and agriculture and the history of Norfolk gentry estates, this volume will be essential reading, offering as it does new perspectives on the history of estate management, notably the role of women, the relationship with local communities and sustainability in agriculture.

Elizabeth Griffiths was an honorary research fellow at University of Exeter and co-author, with Jane Whittle, of Consumption and Gender in the Early Seventeenth Century Household: The World of Alice Le Strange (OUP, 2012). She passed away in April 2020 while this volume was in preparation. It has been compiled and edited by her friend and research collaborator, Jane Whittle, Professor of Economic and Social History at the University of Exeter and Series Editor of Studies in Regional and Local History.