People with Intellectual Disabilities and their Elderly Carers 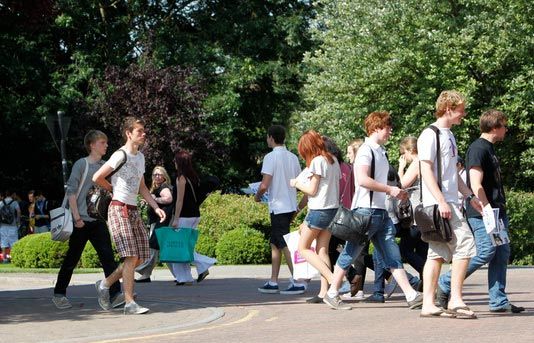 Nowadays, people with intellectual disabilities live much longer than they did in the past, with the result that there is also an expanding population of elderly parents who are continuing to care for a son or daughter well into old age.

The increased population of older people in the community consists of two distinct groups: those who have been resettled in group homes or specialist units, after living for many years in an institution, and those who have lived in the community all their lives, the majority with their families, but also a smaller proportion (increasing as adults outlive their parents) living independently or in 'group homes'.

Some parents originally concealed their child's disabilities in order to avoid institutionalisation. Oswin (1994) suggests that one of the main reasons why parents kept their children at home in the past was 'the threat of having to put away their children into big long-stay hospitals where they would be neglected' (Oswin 1994: 18). Parents may still be unaware that leaving home and going into residential care does not entail entering a large 'mental handicap' institution.

Some elderly carers may be reluctant to ask for help for other reasons, including distressing experiences in the past, such as having an uphill struggle to get help, or having requests for help rejected. Some parents also believe that asking for help is an admission of failure on their part (Walker and Walker, 1998). They may be unwilling to call on professionals for help in case this is interpreted as meaning that they are unable to cope, and that their son or daughter might then be taken away from them.

Physical health
As people with intellectual disabilities grow older, as with other elderly people, mobility and access to transport can be a real impediment to getting to the doctor's surgery. People with intellectual disabilities living at home with their families may not have had to take the initiative for most of their lives, but when a carer becomes elderly and frail, and physically restricted, their adult children may need to access health professionals themselves, and in fact they may not know who to turn to.

General practitioners will often have relied on family members, who know the person with intellectual disabilities well, to alert them to the fact that there is something wrong, although carers themselves may also fail to recognise the signs and symptoms of illness. As parents become elderly, they may become less observant of changes in the health status of the person they have been caring for.

It is vital to identify the cause of decline in later life, and to reverse the process with the appropriate treatment wherever possible. Many common ailments in middle and later years can be improved if health and social work professionals are proactive in helping people with intellectual disabilities get access to the relevant services. One factor which may make this more difficult is that doctors, nurses and other health professionals are sometimes unclear about what their role should be, and are inexperienced in professional relationships with people with intellectual disabilities; they may consider that they do not have appropriate skills, and become demoralised in contacts of this kind (Royal College of General Practitioners, 1990).

Needs of older carers
Parents who have continued to care for a child with intellectual disabilities into the latter's late middle age will have their own health and social support needs as they themselves become elderly. Many carers at this stage are widowed mothers. In these circumstances the surviving parent will have lost not only a spouse, but also someone who helped in the day to day task of caring for a son or daughter with intellectual disabilities (Walker and Walker, 1998). Ageing carers and their adult children will have a complex set of individual and joint needs.

The caring parent may become physically or mentally infirm. Common problems include decreasing mobility and all that this implies: difficulty in getting upstairs, cleaning the house or cooking, and inability to get out of the house, to go to the shops to buy food, or to visit their General Practitioner.
Family and social networks tend to collapse, or at least become inactive, as people get older, and households in which there are elderly parents, or one surviving parent, and an ageing son or daughter with intellectual disabilities, are likely to become increasingly cut off from sources of informal support from family, friends and neighbours (Maggs and Laugharne, 1996). The composition of the household will also have changed, not only through the possible death of a spouse, but also as other children leave home.

Informal sources of support tend to fade out just as carers themselves are getting increasingly frail and immobile, and needing need more and more help and support, rather than less (McGrath and Grant, 1993).
Some of those families who not have needed much, or any, input from the services in the past, may in later years be in need of considerable help and support at home, and effective monitoring by professionals may be infrequent or absent altogether. Because a carer has managed for many years, service professionals will assume that nothing has changed, and that the situation can go on indefinitely. If there is no monitoring system to pick up gradual changes in circumstances, such situations may continue to deteriorate until there is an irreversible crisis.

It is worth noting that carers do not necessarily perceive themselves as being 'stressed', and emphasise the rewards and satisfactions of caring more frequently than the stresses (Grant et al, 1998).

Social isolation of elderly carers
Parents of children with severe disabilities, and/or challenging behaviour, may become isolated from family and social networks much earlier in their lives, because of their all-pervasive caring role. In later years their isolation may thus be even greater. A study of parents caring for young adults with severe intellectual disabilities and challenging behaviour at home (Hubert, 1991) revealed that even at this early stage very few had frequent or close contact with kin outside the household, or with friends. Few of the families were part of an active kin network which provided even moral support. It appears that in circumstances such as these kinship rights and obligations are liable to collapse under the strain of asymmetrical and necessarily unfulfilled relationships.

Such isolation, especially of mothers, can result not only from the fact that they are tied to the house, and because people tend not to want to visit such a household, but also because as their children grow up they have less and less in common with friends and relatives who have children of the same age. The successes and failures in the lives of parents such as these often have no counterpart in the daily lives of others, whose children live their own lives, have friends, go to work and get married.

Planning for the future
Parents who have cared for someone since they were born often wish to continue to look after them until some unspecified time in the future, and may refuse to contemplate letting them go into residential care (Richardson and Ritchie, 1989).

In these circumstances households may continue to remain independent of services in the community, in spite of possible chronic situations, such as physical ill health, incontinence or even dementia of the parent. If this happens, the person with intellectual disabilities may well lose whatever degree of independence he or she may have had in the past.

Having a son or daughter living at home may represent a welcome continuation of family life, especially when other children leave home, and parents may rely on them for company, particularly as they become less able to get out of the house. They may also not be aware of other options. In order to plan future services for families it is important to determine whether parents have continued to care for a son or daughter by choice, or because they do not consider that any alternative is appropriate or acceptable. In some cases this might not correspond to the views of the person with intellectual disabilities, who may not have been enabled, or allowed, to make their preferences known.

Where parents do succeed in making the break and supporting their son or daughter's move to a new home, their continuing involvement in care planning, and in relevant day to day matters, must be sensitively supported. Elderly parents will be concerned that their own intimate knowledge and understanding of their son or daughter's needs will not be respected and taken on board. Continuity of care and sensitive communication with families is essential in order to ensure that the support needs of individuals leaving home are properly understood and recorded. New carers may perceive family members as interfering, critical and over-protective and as a result may withhold information, thus increasing parental concern. It is also relevant in this context that 75% of paid carers in the UK are untrained and inexperienced, and staff turnover is high.

Bereavement For almost everyone, the death of a parent will cause deep and enduring grief. For people with intellectual disabilities loss of a parent, especially a sole surviving parent, will not only be bereavement of a parent, but also of the person who has cared for them throughout their lives, who has protected them, encouraged them, fought battles on their behalf, and with whom they will have had a close, interdependent and often exclusive relationship.

The experience may be made even more difficult because people with intellectual disabilities are often excluded from the rituals and processes associated with dying and death; they are seldom taken to the funeral, for example, and people tend not to tell them too much, in case it 'upsets' them. Nevertheless, it is obvious that a bereaved son or daughter will be well aware that life has suddenly changed, their mother is no longer there and probably no one talks about her. In addition, they will most probably be moved out of the family home and into residential care. Thus at a time of loss, confusion and fear, a number of major life changes take place: leaving the familiar family home and moving into a strange house, living with a relatively large number of unfamiliar people, and being cared for by a rota of new carers.

It is not surprising, therefore, that the effects of bereavement (and the concomitant confusion and insecurity that follow a death) are particularly severe and prolonged. Hollins and Esterhuyzen (1997), in a study of recently bereaved adults, showed that these effects may be manifested in a range of behavioural symptoms and an increase in psychopathology, including anxiety and depression.

Conclusion
Planning for the future of households in which there is a person with intellectual disabilities living with a parent or parents should ideally start long before the problems associated with age and ageing become relevant. In addition, although grief is a natural outcome of separation and loss, the further unhappiness, fear and confusion arising from traumatic events which have not been planned - or even talked about, either before, during or after they occur - may be alleviated.

Department of Health (2001) Valuing People: a new strategy for learning disability for the 21st century. London: The Stationery Office.

Maggs, C. and Laugharne, C. (1996) Relationships between elderly carers and the older adult with learning disabilities: an overview of the literature. Journal of Advanced Nursing, 23, 243-51.

McGrath, M. and Grant, G. (1993) The life-cycle and support networks of families with a person with a learning difficulty. Disability, Handicap and Society, 8, 25-42.

Richardson, A. and Ritchie, J. (1989) Letting go: dilemmas for parents whose son or daughter has a mental handicap. Milton Keynes: Open University Press.

Zarb, G. and Oliver, M. (1993) Ageing with a disability: what do they expect after all these years? London: University of Greenwich.

This article first appeared on the site in 2002.