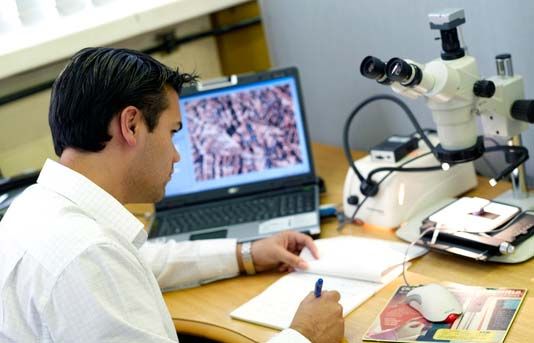 Prenatal testing services should give women and their partners the information and support they need to make autonomous, informed decisions.

Summarised from:
Marteau TM, Dormandy E Facilitating informed choice in prenatal testing: how well are we doing? American Journal of Medical Genetics 106(3):185-90, 2001, with the permission of the authors.

What do women want?

1. High quality information about the nature and risks of the tests offered
a) given personally by health professionals
b) given as early as possible in prenatal care to allow time for reflection and informed decision-making.

(a) Information about the condition
In practice, the information provided about the conditions for which testing is available surprisingly tends to be brief [Murray et al, 2001; Marteau, Slack, et al,1992], and negative, given the results of surveys showing that disability most often does not lead to an unsatisfying life (Asch, 1999)

People with a disability perceive their conditions as less serious than peers without a disability [Marteau and Johnston, 1986]. Thus, adults with a condition are less likely to endorse termination of pregnancies affected by their condition than are nondisabled parents with affected children [Conway et al., 1994; Henneman et al., 2001].

This indicates the importance of being familiar with the views of many groups in order to obtain as full a view as possible of how to describe conditions to prospective parents. Prospective studies are needed to compare outcomes for parents making different decisions based on different types and amounts of information about conditions.

(b) Characteristics of the tests
Most people have unrealistic expectations of screening tests, overestimating the number of cases that can be detected, and underestimating the number of people recalled who are subsequently shown to have no problems. There is good evidence to show that quantifying uncertainty using frequencies (e.g. 10 in every 1000 women) rather than numerical probabilities (e.g. 1 in 100 chance) leads to greater understanding [Gigerenzer and Hoffrage, 1995; Hoffrage and Gigerenzer, 1998, Grimes and Snively, 1999].

(c) Implications of testing
These include:

The framing of these risks and options might affect women's decisions [Shiloh et al., in press].

How should Information be delivered?
Information can be presented using one or more media. Most often it is presented in both in writing and orally, by the health professionals who are providing prenatal care.

Leaflets used in Britain are:

(b) Orally presented information tends to be:

(c) Other media for communicating information
Two studies have evaluated the effectiveness of videos in providing information. One found an increase in knowledge [Hewison et al., 2001]; the other did not [Michie et al., 1997]. While interactive media have been found to be effective in facilitating informed decision-making for other screening tests [O'Connor et al., 1999], the one trial of their use for prenatal screening did not find any advantage over a well written leaflet [Graham et al., 2000]. However, as web-based decision aids continue to develop it is possible that the provision of information tailored to a woman's needs will prove a sensitive and effective way of informing her. It will be important that such facilities are available in health care settings to ensure that health discrepancies are not enhanced further by making high quality information available only to wealthier women or to those with access to computer technology.

Service delivery
An informed choice is one that reflects a woman's own values. It is unclear which system of offering tests results in choices that most reflect women's values. For example, more women undergo tests when they are presented as part of a routine visit, not requiring a separate visit [Lorenz et al., 1985; Bekker et al., 1993; Dormandy et al., 2002; Tambor et al., 1994.]. The amount of time health professionals have to present choices may also affect the extent to which women are informed about these choices. Only by using a valid measure of informed choice that assesses both knowledge and women's values [e.g. Marteau et al., 2002] can we ascertain the extent to which different characteristics of service delivery impede or facilitate the making of an informed choice. Given the very large effect service delivery can have on use of testing [Bekker et al., 1993; Tambor et al., 1994], this research question should assume some urgency.

Both the information women receive, as well as the emotional and decisional support provided, are important [Biesecker, 2001]. The results from a small study suggest that some parents are being given inadequate and incorrect information on which to base their decisions about whether to continue with the affected pregnancy [Abramsky et al., 2001.

As well as giving accurate information, it is important that health professionals provide counselling that facilitates informed choices without being directive. While the great majority of women in a recent study reported not being influenced by health professionals in deciding whether or not to continue with an affected pregnancy [Statham and Solmou, 1998], findings from several observational studies suggest otherwise. There is evidence which suggests that the counselling provided by geneticists tends to be more positive and less directive than that provided by other health professionals [Geller et al., 1993; Marteau et al., 1994].

Research approaches that may overcome some of the difficulties described above include the use of simulated patients, to study health professionals' counselling skills, as well as prospective single case studies, to study long term adjustment to the decisions made. Future research needs to identify aspects of counseling that facilitate and those that impede informed choices following the diagnosis of a fetal anomaly.

Brief training can improve both health professionals' knowledge and their skills at providing information [Smith et al., 1995]. However, evidence suggests that those most in need of training are those less likely to avail themselves of it [Michie and Marteau, 1999]. This suggests the need for mandatory training programmes. Such training should form an integral part of medical and nursing training, as well as the training of genetic counsellors.

It may be useful for guidelines to be generated, using consensus development methods [Black et al., 1999]. It would be important that participants include:

1. Health professionals
2. Parents who continued a pregnancy despite a positive diagnosis
3. Parents who opted to terminate an affected pregnancy
4. Adults with a genetic condition, given the likely differences between their views and those of parents with affected children [Conway et al., 1994; Henneman et al., 2001].

Concluding Comments
If we value women's ability to make informed choices about prenatal tests as highly as we value reliable laboratory tests, evidence-based quality standards need to be developed for the information women are given at all stages of the process of prenatal testing. This should be a long term objective for this area.

References
The references can be found in the original article

Adapted by Dr Alice Thacker from original article published in 2001.