What We Do In The Shadows

Hosted by Rob Wright (Head of Music in School of Creative Arts), a dynamic string quartet will work live to unpick and explore a musical score composed for screen

A dynamic string quartet will work live with Rob Wright (Head of Music in School of Creative Arts) to explore a musical score composed for screen. Presented as part of the School of Creative Arts annual music festival Sonic Herts, we are delighted to welcome members of UH’s resident classical orchestra the de Havilland Philharmonic. The event’s host Rob Wright will introduce his alternative, reimagined score, inspired by the German Expressionist Horror film Nosferatu: A Symphony of Horror.

In this open and informal event, Rob will share his approach to composing for screen, especially the working partnership of composer and musicians. The conversation will draw on live examples from his recent music writing, aided by real-world musicians playing excerpts and joining in the conversation.

We all have easy access to ‘behind the scenes’ footage online that reveals how our favourite movie moments were captured or particular visual effects were achieved; indeed this content is sometimes hard to avoid and is often released as part of promotional packages. However, for those interested in the processes behind film-music, this content is often hidden. The unique event What We Do In The Shadows offers rare insight into the activity associated with scoring music to moving image. 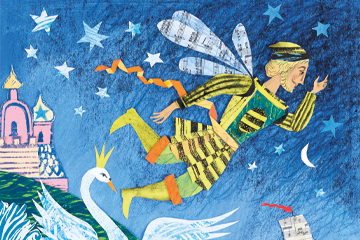 Once Upon A Tune 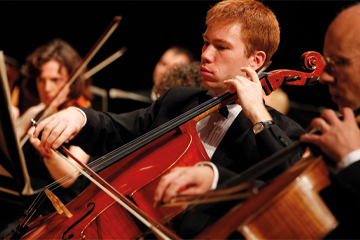 An exhilarating musical journey across France