Women in the Studio

The field of popular music production remains overwhelmingly male dominated. Here, Dr Paula Wolfe discusses gendered notions of creativity and examines its impact on the experiences of some women working either as music producers or as artist producers. Wolfe offers a new body of research, based on personal interviews, first-hand observations and examples of media representation, collated over a twenty-year period, to argue that although patriarchal frameworks continue to form the backbone of the music industry establishment, women’s work in the creation and control of sound presents a potent challenge.

Biography
Dr Paula Wolfe is a critically acclaimed singer-songwriter and producer and researcher in the fields of music production, the independent music industry and gender. Nominated for The Excellence in Historical Recorded Sound Research Award 2020, from the Association for Recorded Sound (ARSC), and the IASPM Book Prize 2021, her book, Women in The Studio: creativity, control and gender in popular music sound production (Routledge 2020), sets to explore the cultural and historical frameworks that underpin the sustained inequalities of gender, class and race in the music industry and pays particular attention to their consequences for female music producers and for female self-producing artists.

As an artist, self-producing and self-releasing on her own label since the early noughties, Wolfe has consistently received strong support. Her third album White Dots (Sib Records 2019) has been hailed ‘exquisite’, ‘glorious’ and ‘addictive’ (* * * * MOJO) and a ‘joyful soul pop follow-up’ (LOB) to her critically acclaimed 2009 Lemon (* * * * Mojo, * * * Uncut, * * * Maverick). It has seen her positioned as ‘The multi-hyphenate in excellent form’ (Mike Davies, FOLKING.COM) and compared to many of our greats. She has been described as ‘a latter-day Carole King’ (LOB) and ‘part Kirsty MacColl’ (Nick Hutchings, VELVET SHEEP), whilst for others her songs recall ‘the eloquence of Ray Davies and Paul Weller in their pomp’ married with ‘the spirit of Lily Allen and Laura Marling’ (Mike Adams, TRAVELLERS TUNES).

Wolfe demonstrates, as both artist and academic, the imperative of creative control in the face of the governing constructs forming the fabric of the music industry that continue to present challenges for women's work. www.paulawolfe.co.uk

Sonic Herts is the University of Hertfordshire’s annual music festival run by students and staff and open to all. The programme offers an exhilarating mix of performances ranging from classical to experimental, from acoustic to electronic, from familiar to decidedly outlandish, the only requirement being a commitment to quality and artistic value. 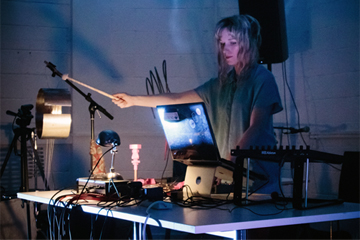 Talk and performance from sound and media artist Vicky Clarke 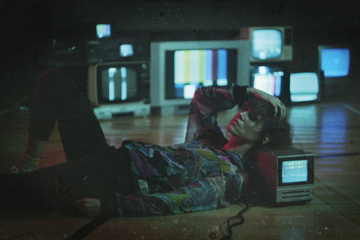