Film & TV
No need to book

In film and television, themes of memory and nostalgia are most frequently used, similar to our exhibition Poetics of Place.

You are invited to explore how nostalgia intertwines with film genres and what implications re-imagining the past hold, in a conference with Dr Laura Mee and Dr Caitlin Shaw, lecturers at the University of Hertfordshire, School of Creative Arts. The conference covers topics including memory and nostalgia, particularly with regard to science fiction, Western dramas and period dramas.

Watch this video by Laura and Caitlin introducing the conference, we will add more short introductory films from other speakers in the coming month.

The conference will be available to watch after the event. Find out more here.

Dr Derek Johnston is Lecturer in Broadcast at Queen’s University Belfast, where he primarily teaches on the history and analysis of television and radio. His research is focuses on fantastic genres, such as science fiction and the Gothic, including how these texts can be interpreted in relation to ideas and issues of identity. This includes how identity is presented as rooted in history and in place, and a sense of human connectedness to environment through a shared history.

The particular research presented here is related to the genre of folk horror. While this is typically presented as an idyllic community, this is still a horror genre, and the horror of folk horror is often in the cost of this relationship between people and environment. There is an increased in interest in folk horror as a genre, including the television series The Living and the Dead, which is featured in the video alongside the classic The Wicker Man and a clip from the BBC’s 1978 living history programme Living in the Past.

My name is Andy McCormack and I am a current PhD candidate at the Centre for Research in Children’s Literature at the University of Cambridge. In this video, I read from ‘Mister Babadook’, the ostensible children’s book embedded in Jennifer Kent’s 2014 psychological horror film ‘The Babadook’. ‘Mister Babadook’ functions as a shadow text to the symbolic children’s book in the popular imagination, and as an embodiment of its author’s own psychological shadow.

Andy is researching the intersections of child and adult culture through analysis of the children’s book as an object recontextualised in contemporary adult fiction. His theoretical interests include postmodernism and psychoanalytic, specifically Jungian, theory.

Feminising the Recent Past
By contributor Cat Mahoney

Cat Mahoney is a Derby Fellow in Communication and Media at the University of Liverpool.

She is particularly interested in the relationship between historical fictions and collective memory. Currently she is working on the feminisation of history in fiction and the different modes of representation and re-imagination offered by fictional television drama, such as Lisa McGee’s Derry Girls (Channel 4 2018) depicts life in Derry, Northern Ireland in the 1990s. Her research primarily focuses on representations of gendered pasts on screen and the relationship between television, memory and history.

An online film and television studies conference part of the Media Research Group, University of Hertfordshire. 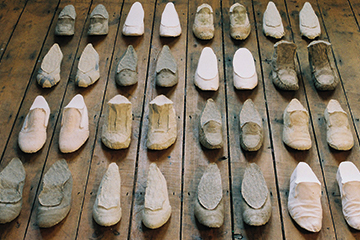 A group exhibition exploring our experiences of memory and place 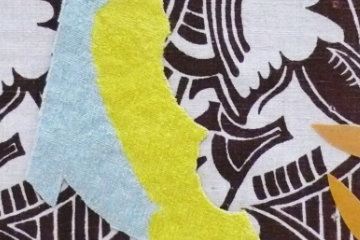 Artists Working in a COVID Context