Eight Algorithms For The Self-Driving Self 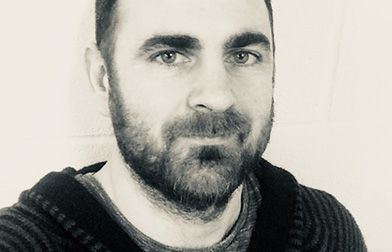 Niall is originally from Kilkenny, in Ireland, but now lives in London. In 2015 he completed an MA in creative writing at Goldsmiths University of London. He writes both poetry and prose and has been published in a number of journals and magazines in the UK and Ireland, including Ink, Sweat and Tears; Magma Poetry and Eyewear Publishing’s The Best New British And Irish Poetry Anthology.

In 2017 he was one of twelve poets selected for Poetry Ireland's Introductions Series and his debut poetry collection 'Did You Put The Weasels Out?' was published by Eyewear press in April 2018.

Find out more about Niall Bourke