In my garden the self esteems

biting through to my weeping centre

but when they thrust forth their flowers

in a red slash of fragrant claws

it's all I can do to stomach my lofty

behind a frost-glazed lens. Then, regretful,

I make offerings: ham from a sacred pig

that eats only rainbows. Potatoes off a bush

on an all-starlight diet. But as I shift

forward on limbs of villainous cutlery,

the jaded botanies ward me off

and the claws frighten me, startle

and I want to drown myself in a cloud

before we've even started, drown in the belly

of a bottle, also red, also sweet, all so

with the edge of a pyramid.

I wish I'd been born in another time, before

we were so many, before this was

no longer new. I could have been the mouth

covering the deep, could have accepted

prospering in the marrow, the edge

of my shears shaping legendary hedgerows. 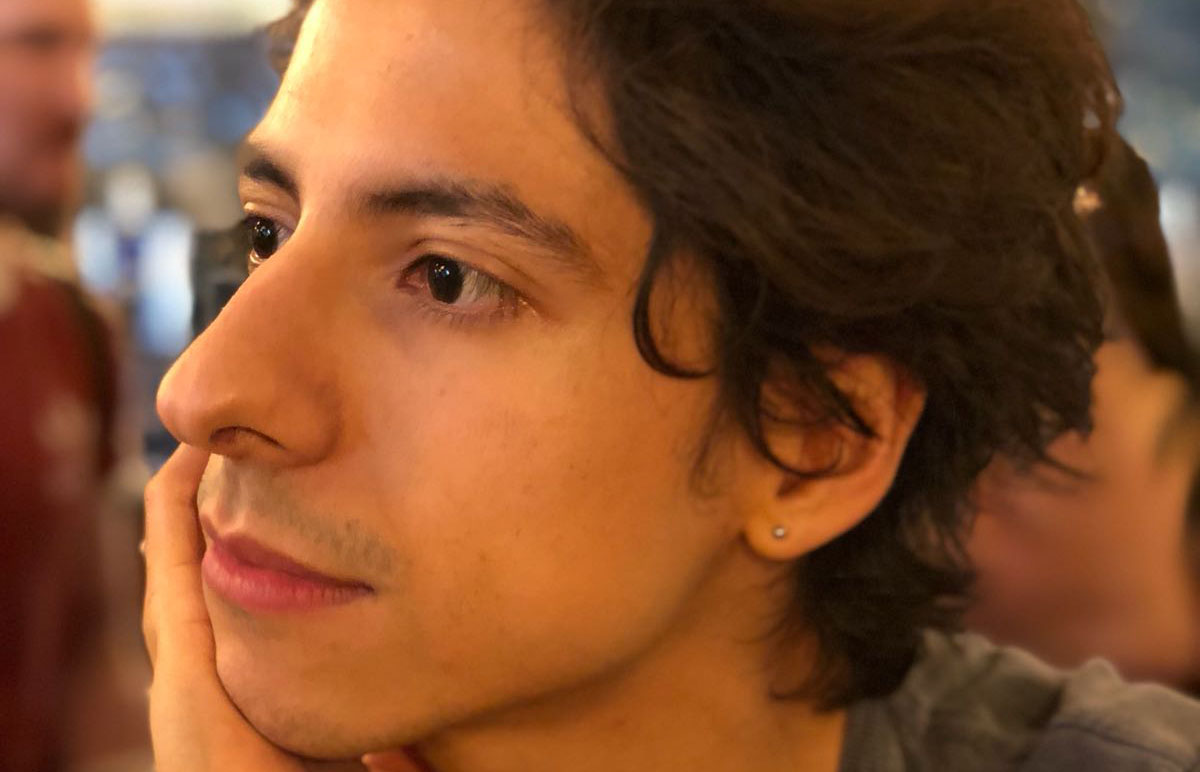 Oliver Sedano-Jones is a British-Peruvian poet. His psychobiography of the current POTUS, Donald Trump: The Rhetoric, was published by Eyewear Publishing in 2016, as was his first chapbook, chronic youth, which was reviewed in the Times Literary Supplement in 2017. His work has appeared in FLAR, The Northridge Review and Marathon, and his poem 'nU tXt', was shortlisted for the 2018 Yeats Prize.