Amro won Student of the Year in 2020. He was the first recipient of our refugee scholarship and feels proud to have left a mark at the University. Amro hopes to inspire others to 'keep going towards achieving your goal'. 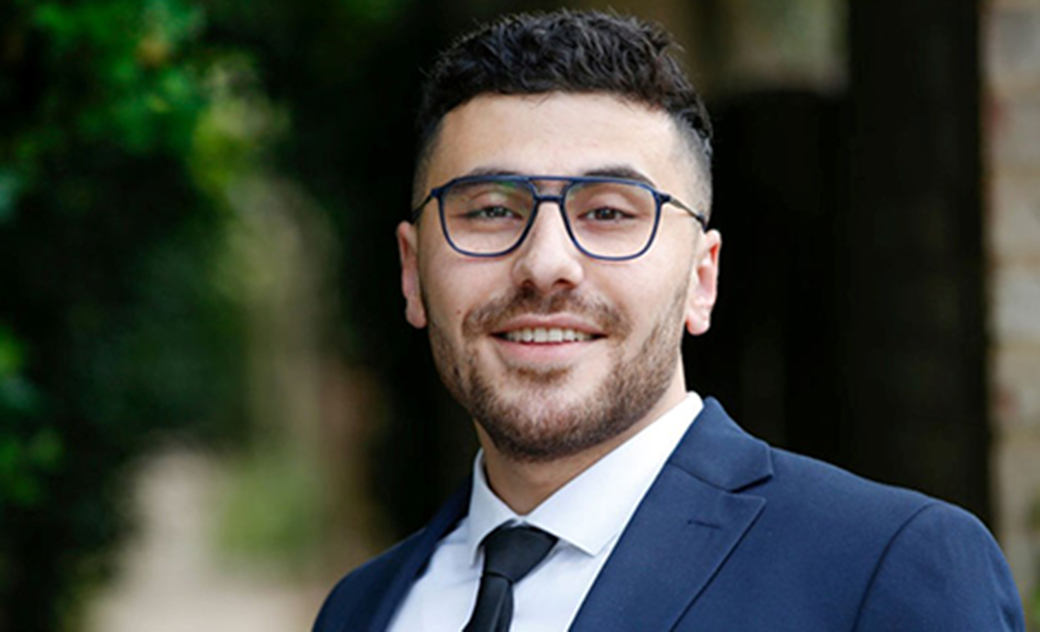 Making the most of every opportunity

I've made a lot of remarkable achievements throughout my time at the University. Firstly, my coverage of the Media Matters Talks 2019-2020 with two of my friends at Herts. Moreover, I wrote some news stories that I am very proud of, interviews with some important people from overseas. I significantly developed my English language and communications skills which has been invaluable. Finally, I graduated with First Class Honours and I have been here in the UK for only 4 years.

Amro has ambitions to be a political editor at the BBC, and "to be part of this entity which is feeding the world with news and content". While at Herts, he sought opportunities to meet people who worked in journalism and expand his network. Amro has an exceptional work ethic, working part-time alongside his studies and helping to keep the nation fed during the COVID-19 pandemic. "It's a fantastic award" explains Amro who is delighted that his hard work has been recognised. "The wide horizon is in front of me"  he says.

What his tutors said

"Amro is an exceptional student for exceptional reasons. He was the recipient of the first refugee scholarship at the University, and has thoroughly vindicated the decision to have one. He struggled with English language at first but is now on course for a 2:1 due to sheer hard work and being willing to seek support. In this he has demonstrated intellectual breadth, depth, adaptability and the ability to learn in line with the Graduate Attributes"

How does it feel to be a VCA Winner?

The VCA nomination was a sign that "I am capable of paying back to the United Kingdom that hosted and accepted me on it's land. It means that hard work and effort are recognised at the University of Hertfordshire, wherever you come from". The award gave Amro the momentum to continue to thrive and, just like his first days at Herts were special, it made his "final days at the University even more unique."

What's it like to be part of the Herts community?

"The best thing about being a student at Herts is the approachable tutors and staff who will help you when you need them". He describes the Herts environment as "a combination of fun, respect, love, hard work, and professionalism. I have never met as kind, professional, and motivational staff and fellow students as the people of Herts".

He hopes that "students who come after me will know that whatever you've gone through, and whatever you might confront in the future - these are simply reasons to keep going towards achieving your goal".

I can say that Herts’ environment is a combination of fun, respect, love, hard work, and professionalism which all lead to an ideal outcome. Hard work and effort are recognised at the University of Hertfordshire, wherever you came from.
Find out more about our 2020 Winners and Finalists