A fascinating calendar of talks in Tring from the history of Liberty of London to the Art of being an Auctioneer. 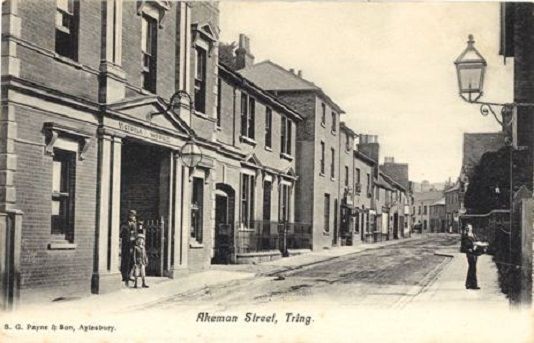 Liberty: The Bucks man, the London shop, the global style

Liberty, the iconic London shop, needs very little introduction. Yet the story of this world famous department store is full of surprises, from its historical connection to Buckinghamshire to the effects of wartime on the company’s creative vision. Come and find out more at this talk by Will Phillips, Keeper of Social History at Bucks County Museum. Will studied History of Art and Architecture at Reading University before completing an MA in Museum Studies at University College London. He worked for nine years at the Museum of English Rural Life in Reading and moved to Bucks in 2008 as Keeper of Social History.

The beginning and end of Roman Verulamium and its hinterland

Simon West has been responsible for archaeological work in the City and District of St Albans from 1989, first as Field Archaeologist and since 2006 as District Archaeologist. He has excavated an early Neolithic boat, a royal ceremonial site with its chieftain burial, 159 Roman gold coins and many other finds and sites. He also advises on some 650 planning applications every year. Simon will demonstrate some of the recent work that aids our understanding of the transition from the late Iron Age royal and ceremonial centre of Verlamion to the Roman city of Verulamium. He will also show evidence from Verulamium as a type-site for the ending of Roman Britain and his interpretation of those findings.

The Romance of Metroland

Julian Hunt is a researcher, lecturer and writer on English local history. The title "Metroland" was used on the Metropolitan Railway's Publicity Department's annual guide to the gorgeous countryside and bijou residences accessible from their lines to Chesham, Amersham and beyond. It embraced obvious places such as Aylesbury and more obscure ones such as Verney Junction and Brill. Julian will take us on a coal-fired journey into "Leafy Bucks" as if we were seeking out our own architect-designed country retreat in days gone by.

Adam Smith is a lecturer specialising in architectural history and the history of the English country house and estate. In the 1720’s and 30’s a remarkable landscape garden was created at Hartwell House, near Aylesbury. He will examine this garden from the set of paintings which recorded it in the 1730’s and show how changing fashions led to it being swept away later in the 18th Century.

The history and restoration of Wendover Arm Canal

Clive Johnson is a volunteer and webmaster with the Wendover Arm Trust. The canal was originally built to carry water from a spring at Wendover to the Tring summit of the Grand Junction Canal (now the Grand Union Canal) at Bulbourne Junction, but it suffered from severe leakage problems and was eventually  abandoned in 1904. The purpose of the Trust is the restoration of the canal to full navigation and its former glory. Clive will outline the history of the canal and describe the work undertaken by the Trust’s volunteers towards the achievement of this important long-term project.

The Art of the Auctioneer

Stephen Hearn runs the popular and successful Tring Market Auctions, which are located on part of the former Tring Livestock Market off Brook Street. He is also a Tring Town councillor and a former Mayor of Tring. The salesrooms are nationally known and the television programmes Cash in the Attic and Flog It are regular visitors. Stephen will give a light-hearted account of the work of the salesrooms and of his early days in the livestock market.

All  meetings will be held at 8 pm at the High Street Baptist Church, Tring.

Visitors will be welcome