The SwapSOLE concept designed by Antoine Proust consists of a 3D printed system of interchangeable and customizable midsoles targeting the fashion and leisure market. 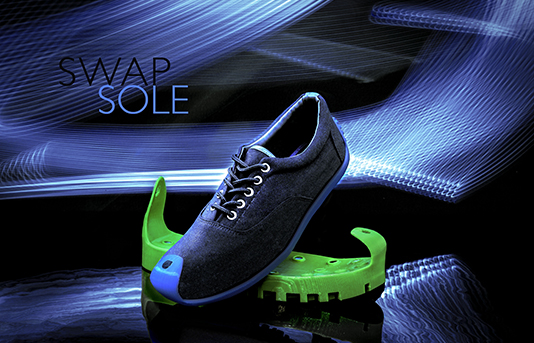 SwapSOLE offers additive manufactured and easily swappable components that embed magnetized protruding blocks to align, hold and secure the sole to a traditionally crafted shoe upper. This new product responds to an increasing demand for personal customization as evidenced through the growing trend for customized products and demonstrated through the availability of numerous products currently in the market. These include: fashion items (clothing, accessories, jewellery), cars, cell phones and cases for electronic devices. Unlike existing products from internationally renowned brands who only replace the traditional midsole with a 3D printed one or slippers offering interchangeable covers to be used on the exterior, the SwapSOLE is unique as it provides a system that has the capacity to be applied to any shoe offering a fully customizable component.

The customization option is applicable to a large range of sport and leisure footwear. The options could be applied to the medical industry with a plurality of detachable midsoles, each capable of having its own surface geometry and material make up. A detachable sole can be made more useful than a traditional shoe by being cost effective, sustainable, longer lasting and highly versatile. 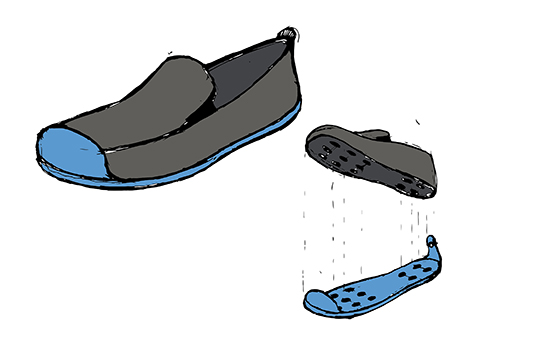 The work began by 3D scanning an existing shoe in order to generate a shape to start working from. The first prototype was designed using architectural 3D software which rapidly highlighted its limitations in term of generating organic forms for the shape of a shoe. Having a first physical 3D printed prototype provided the opportunity to look into different ways of attaching the sole to the shoe, choosing the right type and size of magnets, thinking about their position and the way the shoe would ‘behave’. In order to further develop my knowledge in footwear manufacturing I enrolled on shoe making course at Cordwainers to better understand the process and inform my understanding and practice of shoemaking. The first wearable 3D printed version of the SwapSOLE was created with small circular magnets. I then had to improve the design of the attachment to the shoe by creating a multitude of connectors tests using a flexible 3D printed material. 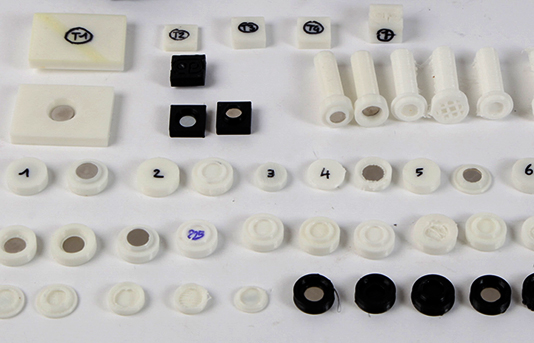 The magnets previously used in the design were not strong enough so I decided to go for larger ones which resulted in a success and also redesigned their arrangement and created an improved version of the shoe as well as two versions of soles: “Boot” and “car shoe” which printed and performed very well. Currently SwapSOLE bonds to the upper though a series of magnets however I am researching into new and innovative methods of allowing the sole to be interchanged.

I realized that the use of a desktop 3D printer is limited to the production of prototypes as each shoe takes about 35 hours to print and the soles around 25 hours. However, the use of this technology able me a large freedom in term of designing and improving prototype have the possibility to design and manufacture within the same room. The use of a Selective Laser Sintering (SLS) 3D printer will be preferred in the future as solution to real world production because of its convenience in term of rapidity, reliability and price. In addition to the original idea of using a traditionally hand-crafted upper shoe, the results from entirely 3D printed shoe prototypes surprisingly appeared to be wearable as a potential alternative to a traditional shoe upper. 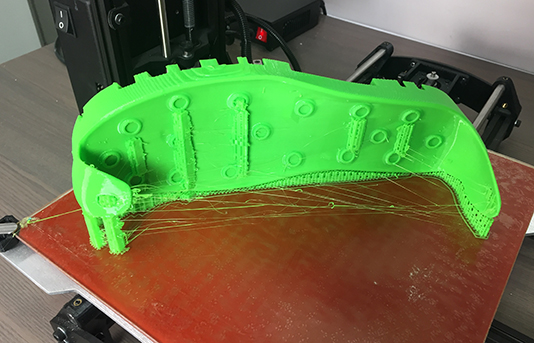 After meeting with a physiotherapist it was found that the system could also have potential applications in the medical world since the shape of the swappable customizable sole could help people with feet disabilities. A potential use in the medical field could reduce the cost for specially designed shoes as the wearer will be able to purchase a “normal” pair of shoes and adapting soles responding to their need and could highly reduce the overall cost.

The SwapSOLE can be directly exploited as a product which could complement the range of any large shoe companies with the intention to be attached to shoe uppers from existing products. It has the potential of impacting a large amount of the population as it is targeting customers owning one or more pair of shoes. A multitude of soles can be adapted to one pair of shoe and multiple shoe can be fitted with a single pair of sole. Colours and shapes of the sole will respond to the need of the consumer. The midsole will be easily replaced prolonging the life of the shoe from being worn out, increasing its sustainability.

The current product is a working prototype however it does not take in account the ascetics as the main focus has been on its functionality and proving that the concept is feasible. Using the SwapSOLE in combination with a traditional shoe upper still needs to be further developed as we are now very close in term of adapting the system to an existing pair of shoes.