Mark Bloomfield, Hats off to 3D Printing, Materialise World Conference. In 2012, British designer Mark Bloomfield impressed the jury during the finals of the "Hats Off to 3D Printing" design challenge at the Materialise World Conference with his innovative "Daisy Hat". This hat beat out more than 20 other renowned competitors and has been travelling around the world being modelled at fashion shows and 3D Printing events ever since.

One of the challenges all designers had to face back in 2012 was that their design had to fit within a volume of 20 x 20 x 20 cm (7.9 inches). In order to fit a bigger hat into this cube, Mark designed his Daisy Hat with articulating petals. The hat was 3D Printed with the petals in the upright position and thus was able to fit perfectly in the small space. When the Daisy Hat opens, however, it reaches a diameter of 60 cm (23.6 inches).

In addition to its clever construction, the bouncing of the petals when walking makes the hat come to life and gives it some intriguing movement. When a model walks down the runway, some of the petals will flip up automatically, leading to a new result with every wear.

Ever since Mark's victory, his hat has been presented at fashion shows and maker events around the world including the NTU fashion event in Singapore, the Melinda Looi's fashion event in Malaysia, the RAPID Conference in the US, Maker Faire Tokyo, the Materialise World Conference in Belgium, several 3D Printshows in the UK, MoBA in the Netherlands, and the fashion show at Qingdao International Garment Industry in China. You can catch a glimpse of this world tour in the video below.

With his Daisy Hat, home computer enthusiast Mark proved to be a creative visionary who manages to bring together design, science, technology, and art. Trained as a jeweller, Mark continues to be a maker of small things, with an active interest in wearable technology, gamification and biomimicry.

Mark is a big fan of 3D Printing: he uses the technology to manufacture customized accessories, gifts and household products, and he has worked with fashion labels including Vivienne Westwood and Paul Smith.

If you like Mark's Daisy Hat design, you should also take a look at the 3D Printed "Incunabula " dress by Kaat Debo, Alexandra Verschueren, and Tobias Klein. 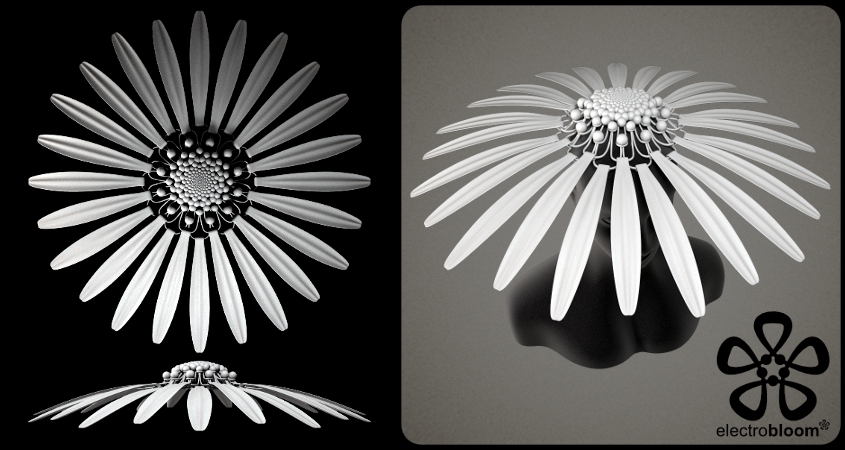