Students are offered the opportunity to become Avid accredited (the industry’s leading professional editing software) before completing their degree. This is a major advantage for post-production roles strengthening student’s applications for positions within the editing departments of film and TV production companies.

The International Association of Film and Television Schools is the association of the world’s major film and television schools. Founded in Cannes in 1955, we are one of only 13 member film courses in the UK. Membership to CILECT not only requires the highest standard of teaching but also gives members access to a wide network of educators and industry professionals as a means to exchange ideas and further develop their curriculum and teaching. 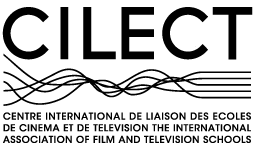 The MA Film and Television Production degree’s mission is to provide an environment for students to develop their vision and use their voice as a filmmaker.

Through a culture of filmmaking practice, students will regularly undertake shoots in which they explore multiple styles of cinema and television drama and documentary. With a strong focus on feature film, high-end drama and feature documentary, students are challenged to produce creative ideas, scripts and shorts across each week. The course ensures students build their own filmmaker’s sketchbook of genres, skills, narratives and vision.

In the final semester, students produce their own major film or TV production, or write a substantial screenplay (such as a feature length film script or a pilot episode and series outline for TV drama).

Across the course, students will gain and build on knowledge of production and post-production practice, and essential industry practices including finance, marketing and distribution.

Our regular hosted sessions with industry professionals ensure students learn current industry practice and trends from the very best.  We also work closely with key industry partners to enable students to connect directly with their future employers and mentors.

Students undertake a programme of screenings, masterclasses and seminars, to extend their knowledge of film and television histories, genres, aesthetics and narrative processes and to develop a range of research and communication skills. Students are encouraged to develop the aesthetic and conceptual awareness required to analyse and critically situate their work within current theoretical, cultural and commercial contexts, whether as a director, producer or scriptwriter.

The modules focus on script development, camerawork, lighting, sound recording, post production techniques, producership, funding, distribution and other relevant areas. You will benefit from the expertise and creative ideas of students working in specialised areas elsewhere in the School (e.g. Visual Effects, Special Effects, Animation or Music) whose input can enhance the professionalism of your major projects.

You are taught in an intensive mix of lectures, seminars, workshops, tutorials, masterclasses and industry guest sessions. Tutorial support is offered in small groups and one-to-one, with further support available online and by email.

‘I learnt everything I needed to know to step into the film industry in a successful way on the MA Film and Television.
The tutors at Hertfordshire are industry professionals who create leaders, not followers, encouraging students to think outside the box and develop their talent and creativity.’
Juliana Miliut, Film producer and international alumni ambassador

‘The MA helped me gain my own technical and artistic skills so I could approach challenges with confidence, as well as
define myself as a filmmaker. I recently participated in a comedy web series as cinematographer and editor. It was an extremely fun project and I wouldn’t have had the confidence to do it without the MA.’
Freddie Gerrard-Abbott, freelance filmmaker

‘I can whole-heartedly state that learning the art of filming at the University of Hertfordshire has given me the skills I needed to become a professional practitioner. The course has a fine balance between theory and practice – you’re told where to point the camera, as well as why. It’s run by astute professionals that can rival any top film school and, ultimately, I believe it has fully prepared me for the world of film making.’
Titilayo Raji, currently working on a feature film in Nollywood

‘The first two semesters offer a combination of sessions on producing, directing and writing as well as theory sessions that encourage us to analyse and discuss films in depth. In the third semester we independently produce, direct or write a film and tutors are always available to support students. I feel this course has really helped me gain the wisdom I needed to direct professionally.’
Sayyed Sabbagh, independent filmmaker

Jan Harlan (Honorary Doctorate holder)
Jan was Stanley Kubrick’s Executive Producer and worked with him on his last five films; followed by working with Spielberg on AI: Artificial Intelligence. Jan’s teaching is known worldwide, and he has been teaching at Herts for eight years.

Mike Newell (Honorary Doctorate holder)
Mike is the director of Four Weddings and a Funeral, Donnie Brasco, Harry Potter and the Goblet of Fire and The Guernsey Literary and Potato Peel Pie Society. Mike gives guest masterclasses, and invited students to the post sound mix of his films.

Prof. Val Kuklowsky (Visiting Professor of Sound Post-Production)
Val is an Oscar winner (U571), and Emmy and BAFTA award nominee (Independence Day), working as a post-production sound supervisor, with credits including A Knight’s Tale, Moonlighting, and Game of Thrones.

At the University of Hertfordshire, we want to make sure your time studying with us is as stress-free and rewarding as possible. We offer a range of support services including; student wellbeing, academic support, accommodation and childcare to ensure that you make the most of your time at Herts and can focus on studying and having fun.

Find out about how we support our students

You can also read our student blogs to find out about life at Herts.