With input from professionals, you’ll investigate the tools used by some of the world’s most successful engineers and producers. Using industry-standard studios and technology, you’ll learn techniques to record, process and mix your work to the highest professional standards. You’ll also gain an in-depth understanding of acoustics, studio design and installation, monitoring, webcasting and advanced digital signal processing techniques.

Within the core modules, you’ll gain a solid grounding on a number of major DAW packages, as well as develop your creative and technical skills in mixing and effects processing, studio work and making your own virtual instruments. In order to develop your technical knowledge of connected audio specialisms, you’ll investigate acoustics, psychoacoustics, audio and Midi protocols and a number of sound projection systems whilst also using lab time to develop an understanding of audio electronics through building your own synthesizer for your own creative output. Music Business is also introduced where you’ll investigate various music business modules and contexts that connect what you are studying to the music industry.

In addition to the core modules, audio recording and production students also engage in broad range of recording projects both in our dedicated studio facilities and also in location based (non-studio) environments.

In year 2 focus is placed on developing your critical ear, and getting your music out there, with detailed work on developing both mixing and mastering techniques, and approaches to digital distribution and delivery. In addition students continue to develop their deep understanding of microphones and sound signal routing, including network-based systems using our state of the art Rednet enabled facilities. You will continue to hone your studio practice and understanding of the wider music industry. As an audio recording and production student this goes hand in hand with dedicated taught areas that continue to push you as an audio engineer, including studio electronics, more advanced studio recording and mixing projects and event management where you will be tasked with support the delivery of large scale live events, undertaking various roles including artist liaison and sound technician.

By year 3, the vast majority of our students have already formed a number of professional connections, and students are able to make use of these and reflect on their approaches within a dedicated field project. In addition, there is the final major project which under the supervision of a dedicated tutor allows you to specialize in your chosen area which could be for example album recording and production, software / hardware development, an experiment, or dissertation based study. Drawing on the programmes’ industry accreditation links, students also engage with a defined real-life / live project within the area of (or relating to) music production – this is supported by sessions from a range of academic staff in addition to bespoke sessions from industry professionals who feed in their external expertise, so as to support the realisation, process and achievement of the project as a whole.  Typical projects include large track count mixing, audio and media work, and as such create opportunities for students to test and validate their production skills to a typical externally defined industry brief, including delivering to specification, deadline and budget. You will also have the substantial opportunity to further hone your studio mixing techniques and also gain a solid grounding in audio system design.

Key industry professionals regularly visit us to speak to our students. Recent Guest Speakers Include:

The BSc (Hons) in Audio Recording & Production course is designed for students who wish to work as recording engineers / technicians with a primary focus on studio and location recording, mixing and mastering approaches.  With the input of industry professionals, students investigate the tools used by some of the world’s most successful engineers as well as engaging in a number of recording projects using state of the art specialist facilities.

All courses share the same ethos, and you’ll have opportunities to work alongside our music composition and music industry management students too, ensuring you benefit from teaching and experiences within a large community of musicians, composers, technologists and performers.

Within the wider school of creative arts at UH, there are opportunities to collaborate with students from other creative areas, including animation and film and TV, allowing you to network with a broad range of creative industries. 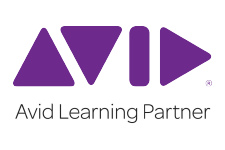 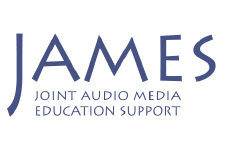 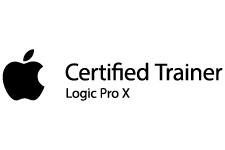 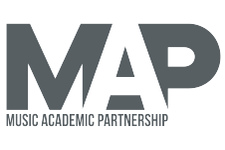 “I started in the middle of the summer and so instantly began working on big shows like Shardfest Birmingham and Notting Hill Carnival, and right before my graduation a was in Scotland setting up the Millport Country music festival. Since work has calmed down over the winter I've been entrusted to engineer the sound for a few stages now and have even begun teaching microphone techniques and other 'stage hand stuff' to an apprentice that joined recently”  Nate Cable – recent graduate – Engineer for DHE Productions

Each year, former students return and talk to our current students about their employed roles and how their degree has been beneficial.

Whilst a number of our students go one to work for established companies, there are always a number who set themselves up independently, developing their own business. The following includes a very small selection of very recent graduates who are already achieving success:

What job can I get?

Our graduates find work in a number of audio and sound-related fields, including audio engineering (live and studio), music production, TV and radio. Others have gone on to build hardware and software, work in acoustics, artist management, music PR or as sound designers for game audio, sample libraries and installations. Graduates also start their own businesses, from music labels to working as mastering engineers.