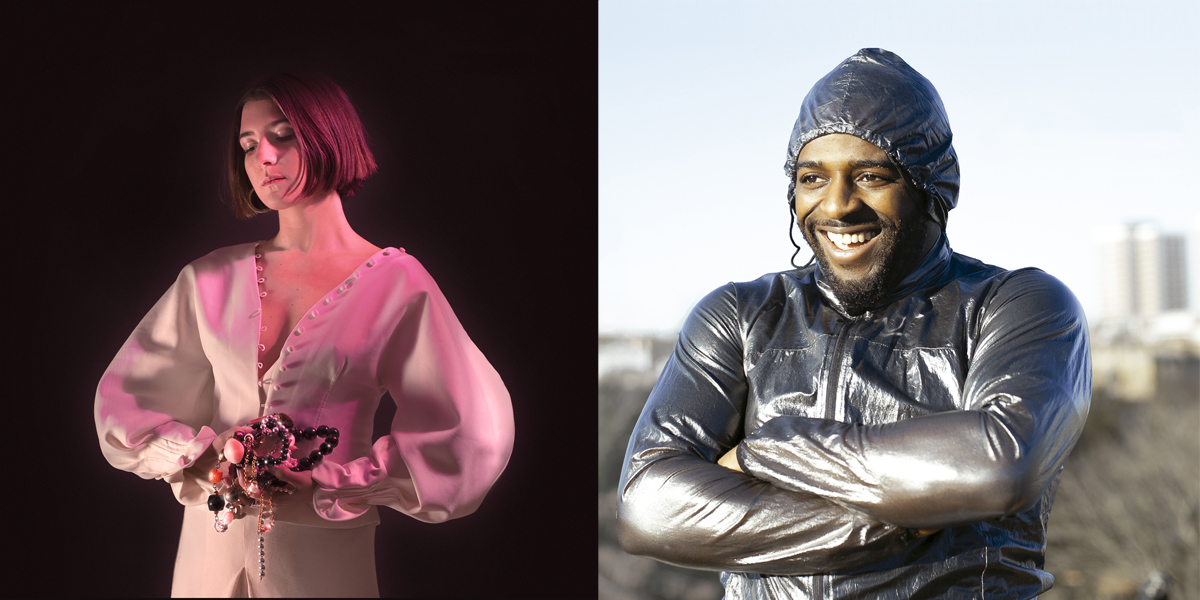 Running from 7-17 May at various locations on the College Lane campus, Sonic Herts is the University of Hertfordshire’s annual music festival run by students and staff and open to all.

The programme offers an exhilarating mix of performances ranging from classical to experimental, from acoustic to electronic, from familiar to decidedly outlandish, the only requirement being a commitment to quality and artistic value.

Nearly all of the performances are FREE and highlights of this year’s festival include:

Appolonie & Braceman, presenting an unorthodox blend of soulful RnB and gritty Grime. Appolonie is a fresh RnB singer from Marseille, whose soulful jazz-infused songs tell emotional tales of loves lost and found. Braceman is a grime MC from East London whose rhymes do the same, but in a funnier and less melodic way. They both perform on each other's set and have imminent debut releases on the F-IRE label.  This show is backed by the live sounds of: Owen Snider (guitar); Joseph Costi (keyboards); Barak Schmool (more keyboards); Ben Brown (drum pads).

Materiality, a piece exploring sonic sculptures and electronic processes by Vicky Clarke who works with sound sculpture, field recordings and DIY electronics to create performances, installations and self-built instruments. Influenced by brutalism, futurism and musique concrete, her work explores the form and function of materials, uncovering the patterns & properties as sound sources, systems and interfaces. Clarke is an artist associated to SONA, an organisation devoted to supporting women in music and sound technology.

Newanderthals, a world-fusion band interweaving the musical language of three continents into a universal tune. Finding themselves in the rubble of cities in Europe, Asia and Africa, the Newanderthals create entrancing soundscapes in which our differences fade out against a common chorus, a universal song in forgotten languages and in languages yet to be invented. They have converged from North, East, South and West to find a music that was here before humans arrived, and which will be here when they are gone.

Tipping Point, a work on environmental awareness and social responsibility by Café Reason Butoh Dance Theatre. With only 12 years left for the world to address the climate emergency, veteran experimental performance group Café Reason offers a creative response to the threats that face our fragile planet. Original dance and eclectic live music express the vulnerability of the earth and our own responsibility for it, past and future. Butoh is an iconoclastic dance form that originated in post-war Japan. With an enigmatic, often grotesque quality, and always innovative, Café Reason’s work seeks to extend the boundaries of perception and the interpretation of human experience.

This year’s edition sees a particularly rich contribution by visiting artists, including a large-scale site-specific work conceived for our Forum environment. I always delight in seeing external audiences from the local community joining the festival, and hope that this year’s programme will continue to attract even more of the general public.