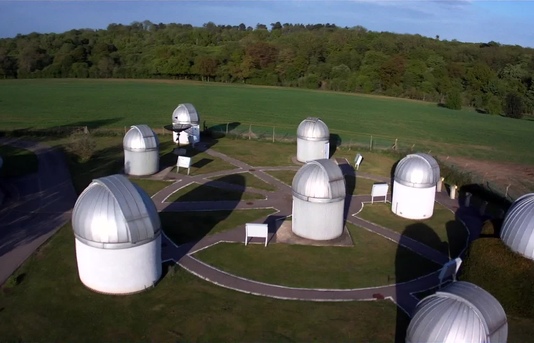 Researchers at the University of Hertfordshire have developed a new online tool to enable more effective capturing of extra-solar planets by smaller telescopes and at sites with a lack of clear skies.

The new research, published this week in Publications of the Astronomical Society of the Pacific, is intended to support a significant increase in the number of ‘exoplanet transits’, a method of detecting planets by observing the orbit of their star, captured by non-specialists.

The online tool has been developed to predict viable observing opportunities for exoplanet transits, which can be used by observatories with modern cameras to plan and conduct research in areas where they might not have realised the potential capability of their equipment. A key feature is the ability to predict what the transit might look like prior to the observation, to help the observer plan and adjust their equipment, such as adjusting exposure times. The tool only recommends transits that can be observed in their entirety.

The tool will be also help more observatories to make routine exoplanet transit observations to assist the research being conducted by large-scale surveys, such as the Transiting Exoplanet Survey Satellite (TESS), to capture a large number of exoplanet transits.

Our research is intended to provide a practical route to support smaller observatories to better plan and execute exoplanet transits, and ultimately increase the number of extra-solar planet observations. Our new digital tool can also be used for planning a variety of variable star observations, where a prediction of light can be made.

The research was conducted at the University of Hertfordshire’s Bayfordbury Observatory by students Peter Beck and Luke Robson.