To Be Here is a short film that examines the prolonged displacement of Sahrawis refugees living in camps in the desert region of Algeria since the 1975 war with Morocco. The focus is the often over-looked female experience of war and displacement, alongside the frustration of living without a clear path toward self-determination.

Click here to enjoy Sam Jury's work
The wonderful content you see here is uncensored; the views and opinions expressed by the speakers at the Festival of Ideas Reimagined are their own and do not reflect the views, opinions, official policy or position of the University of Hertfordshire.

Sam Jury works across the mediums of moving image, installation, sound and photography. Her work is concerned with the ability of photo and media to reflect and impact on psychological states. Much of her work is framed by the term ‘suspended trauma’ to define the cognitive stasis created by unresolved events continuously relived by repetitious retelling or replay. Suspended trauma underpins much of her work, notably her continued interest in the long-term effects of disaster, including that of slow unfolding disasters such as mass displacement and global warming. Jury often works collaboratively with partners from other disciplines, such as scientists, choreographers, writers, composers and psychologists, as well as with other visual artists.

In 2018, Jury was nominated for the Jarman Award and won the Research in Film Award (RIFA), presented by the Arts Humanities Research Council, UK. The latter for the short film, To Be Here, the first presentation of which was commissioned by the Broad/MSU Art Museum, USA as a multichannel installation in 2016.

She is Research Group Leader for Contemporary Arts Practice and Senior Lecturer at the University of Hertfordshire.

Find out more about Sam here. 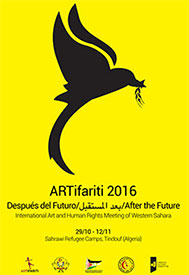 If you liked Sam, why not enjoy...