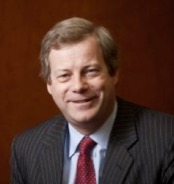 James works as a commercial consultant in the Cabinet Office.  He was previously a Managing Director of European Investment Banking at Citigroup and worked in investment banking at Schroders and Arbuthnot. He started his career as an accountant and tax adviser with Price Waterhouse and as a soldier in the British Army.

Outside his executive role, James is a non-executive Director of Hightown Housing Association and Ahli United Bank (UK) PLC and is a Governor of Heath Mount School. Previous roles include chair of the UK Equities Investment Committee of Independent Age, Senior Independent Director of PZ Cussons plc and various directorships of private companies.

James read Mathematics at Oxford University and lives in Hertfordshire.