To celebrate Pride Month 2022, we have collated recommended resources, including things to read, listen to and watch. We hope these will support your personal study and understanding, and will help you to become an ally. 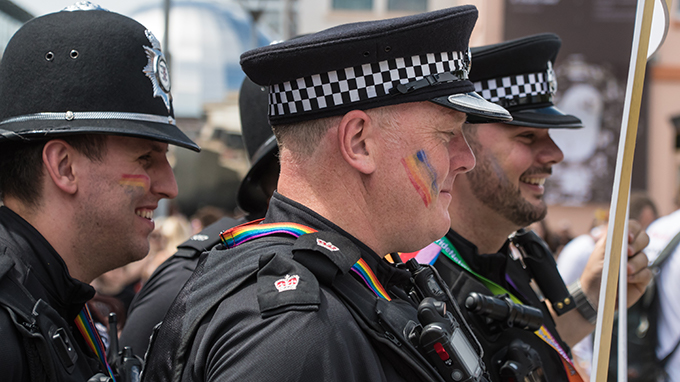 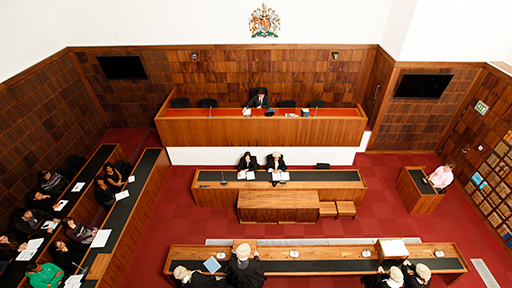 Lawyers that make a difference: fighting for LGBT Rights
We celebrate the positive impact of public interest lawyers in advancing the rights of LGBT+ people in the UK...

This collaborative event was held in conjunction with Hertfordshire Constabulary and City of London Police.

The event was chaired by Deputy Vice-Chancellor Professor Matthew Weait.

Lawyers that make a difference: fighting for LGBT Rights

There have been huge advances for LGBT equality in the UK over the last 20 years, with the advent of civil partnerships in 2004, and more recently same-sex marriage. But change has been painfully slow. Section 28, which prevented schools from talking positively about homosexuality, was only repealed in 2003. In the same year LGBT people finally received protection against discrimination in the workplace.

This event celebrates lawyers who have played a significant role in advancing LGBT rights through some of the landmark court cases of the last few years. Gain a valuable insight into the stories behind the headlines as we speak to the barristers involved.

We learn about the case of a bakery in Northern Ireland who refused to ice 'Support Gay Marriage' on a cake. The bakery, owned by evangelical Christians, argued that it was against their religious beliefs and declined the order. The case raised interesting legal arguments around the conflict of sexual freedom and religious freedom. Robin Allen QC offers a valuable insight into this high profiled case, which has journeyed through the courts and is currently awaiting to be heard by the European Court of Human Rights.

We also hear from Raza Husain QC who successfully argued that his Iranian client should be granted refugee status. Asylum was originally refused on the basis that his client could be reasonably expected to conceal his sexual identity in order to avoid persecution in his home country. The landmark decision legally recognised that a gay person is entitled to live freely and openly, in the same way that a straight person can.

Join all our speakers, as together we discuss the importance of bringing discrimination cases to court.

Paul Staddon had a successful career at the Bar spanning over 30 years before retiring last year. Paul acted for the tenant in the case of Godin Mendoza v Ghaidan [2004] 2AC 557. In this case, he successfully argued that the gay partner of a deceased statutory tenant should be treated as if he were the spouse of the deceased, thereby giving him the right to inherit the statutory tenancy in accordance with the Human Rights Act. This case remains the leading authority on the ambit of section 3 of the Human Rights Act. Read Paul's CV to find out more.

Catherine Casserley is a barrister at Cloisters Chambers. She specialises in discrimination and equality, employment and human rights law and in both private and public law. She appeared in Preddy and Hall v Bull and Bull where she successfully represented a gay couple who were prevented from occupying a double hotel room by its owners. This was the first case of its kind, which reached it's successful conclusion in the Supreme Court.  She also represented the claimant in the first case of non employment harassment (taken as a direct discrimination case) on the basis of sexual orientation. She has represented a number of transgender cases, including against a major restaurant chain. Read Catherine's CV to find out more.

Robin Allen QC is a leading equality law barrister based at Cloisters Chambers, having twice been Chambers and Partners' Employment Law QC of the Year. Robin has given evidence to Parliamentary Committees on the technical aspects of proposed legislation such as the Marriage (Same Sex Couples) Act 2013, and on behalf of the Bar Council. He advised the European Commission on the content of the first two key equality Directives. He represented Mr Lee in Lee v Ashers Baking Company Ltd and others, and is instructed to do so again when the case goes to the European Court of Human Rights. He also represented the Equality and Human Rights Commission in the Preddy and Hall hotel case. Read Robin's CV to find out more.

Raza Husain QC is a leading public law barrister based at Matrix Chambers, specialising in immigration and human rights. He successfully appeared as advocate in the Supreme Court in HJ Iran, where the Supreme Court reversed a line of Court of Appeal authority. It was decided that asylum should not be refused to a refugee on the basis that it could be considered reasonably tolerable that the asylum-seeker would have to hide their true sexuality on return to their home country in order to avoid persecution. Read Raza's CV to find out more. Lest we forget: AIDS, COVID-19 and the politics of memory
We explore the social similarities and differences between the AIDS pandemic and the current COVID-19 crisis... 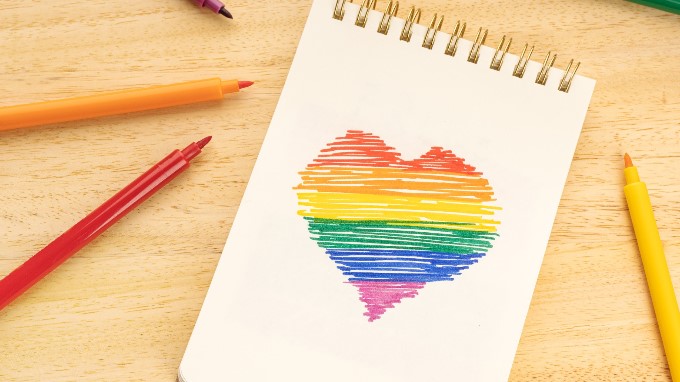 Lest we forget: AIDS, COVID-19 and the politics of memory

We invite you to join us as we question how the AIDS epidemic and its aftermath can help us think about a post-COVID future.

Jaime García-Iglesias, Dr Maurice Nagington and Dr Shivani Sharma examine how the current discourse about COVID-19 remembers (or ignores) HIV/AIDS as an antecedent.

Using a variety of materials, from qualitative research to art pieces by Critchley and commentary by queer philosopher Preciado and historian Sarah Schulman, we look at the political implications of remembering and complex questions such as: How is memory political? Whose lives matter and are remembered and whose don’t? 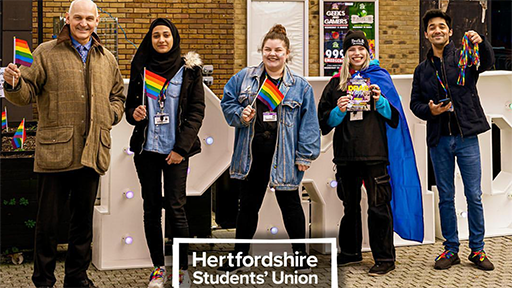 Pronouns Workshop
Pronouns are important to our identity. In this talk, Chloe McKendrick (She/Her) Herts SU discusses why pronouns shouldn't be assumed and how we can develop more inclusive language... Time To Change - A guest talk from Dame Inga Beale
Dame Inga Beale takes us on a journey through her career. She talks about discrimination, the impact we can have on others and her decision to be ‘out and proud’...

This workshop was designed by the LGBT+ Society to help the wider community learn about why pronouns are important, particularly to trans and non-binary people. This workshop will make you feel more comfortable with how/when/whether to ask someone their pronouns, and what to do if you make a mistake.

Time To Change - A guest talk from Dame Inga Beale

Breaking through several glass ceilings and addressing taboo topics, Dame Beale talks from experience about how to build an environment where people from all walks of life feel valued and respected. Driven by her desire to empower women and the LGBT+ community in business, she shares the lessons she's learned along the way. This thought provoking talk will explore how we can all be part of the change for a more equal society.

Dame Inga Beale is a British businesswoman with 38 years of experience in global financial services. She is also a speaker and role model for driving the inclusion agenda. Her Damehood was awarded in 2017 for her services to the UK economy during her 5-year tenure as CEO of Lloyd's of London.