Meet Mohammed, the Head of Equality, Diversity and Inclusion at the University of Hertfordshire. He shares his experience of growing up as a gay British Muslim man in the 80's and how he can be his 'true self' here at Herts. 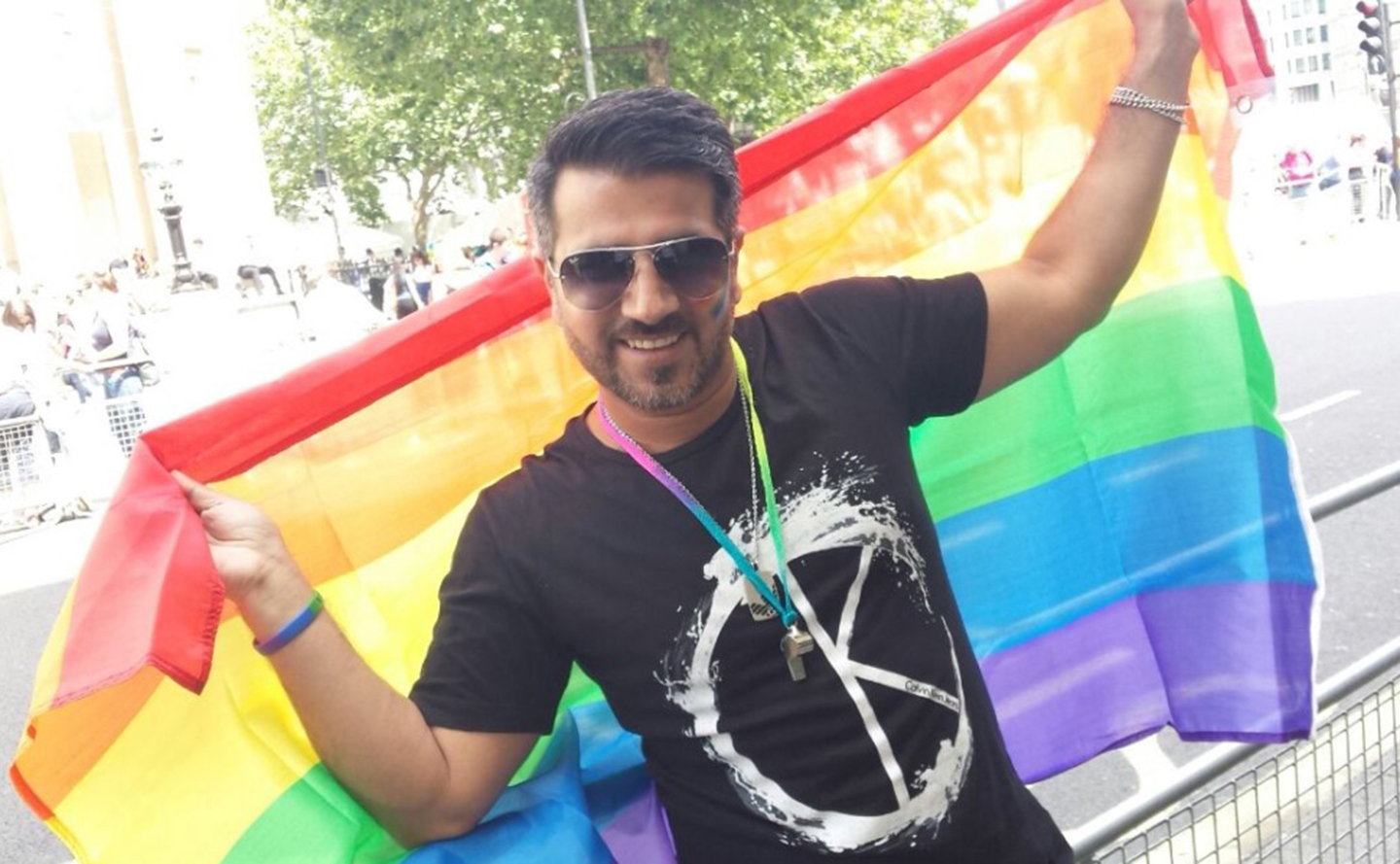 Before I joined the University, I wasn’t sure how inclusive or committed to the diversity and inclusion agenda the Higher Education sector would be. Once I delved a bit deeper, I was pleasantly surprised. There is a clear commitment to the diversity and inclusion agenda, including LGBT+ inclusivity and support at UH, but as with many universities, we perhaps weren’t presenting that commitment externally particularly well.

I’m pleased to say that’s changed a lot since I’ve been here; there’s a real buzz around the Equality, Diversity and Inclusion (EDI) agenda now, and the fact that we’re going so big on campaigns such as Pride Month and LGBT+ History Month, is testament to that. Driving that is the phenomenal support given to these initiatives from the very top of our organisation. The doors are always open to put forward ideas. Just recently, I put forward an idea to install zebra rainbow crossing on each campus. I thought it might have been met with some opposition, but it was signed off straight away. I’m delighted to say that this will be one of the many ways we’ll be celebrating the diversity of our university community. This senior level commitment filters across the University, with greater participation in LGBTQ+ networks being one of the many proof points.

What I'm most proud of

I’m proud to be a member of the LGBTQ+ community. As a British Muslim man growing up in a small town, that’s not something I was always comfortable to admit due to a number of reasons (prejudice, culture and faith). I was constantly told “There’s no such thing as a gay Muslim”, which made me think if I would have to choose between my faith and sexuality. For much of my early teens, I was in denial. It didn’t help that I grew up in the 80’s, a time when section 28 was still in place (a part of the local government act which banned the promotion of homosexuality by local authorities). There were also no visible role models, certainly none from a BAME background, and I didn’t see myself represented in magazines or on the TV either. It was a really difficult time. I was so far away from being open about who I really was.

Today, the picture is very different! Not only am I proud to be myself, I am also actively supported at work. I’ve had many jobs where I wouldn’t have been able to be my true self, but that’s not the case at all at Herts. I’ve also had professional support to drive forward the LGBTQ+ inclusivity agenda. This will help us to promote and build a more inclusive culture. They have a workplace equality index, which ranks employers against a set of very strict criteria. My goal is to get the University of Hertfordshire into that top 100 within the next four years, and I know I’ll be supported in the work my department is doing to get there.

I am also an Equality and Human Rights activist and volunteer for the charities Stonewall and Diversity Role Models. I go in to schools sharing my story and the message of hope ‘it’s okay to be different, and who you are. It’s what makes each one of us unique and fab’! I wish I had something similar when I was growing up in a very lonely place.

My advice to the Herts community

My advice to any students or staff who identify as members of the LGBT+ community is to get involved in our brilliant societies and networks. They do amazing things and offer incredible support to their members and the wider university. If you’re out and proud, I encourage you to be a role model. There may be fellow students or colleagues feeling like I did as a teenager; scared to be themselves. Seeing someone who is able to embrace their sexuality and gender identity is truly an inspiration for those who are struggling. You can help if you’re not a member of the LGBT+ community too – by being an ally. Call out prejudice and bad behaviour, provide a safe space for your fellow students and staff to be able to express themselves or share their experience. There are ways you can get involved as a mentor or an ally. Find out more on the Equality Office webpage.

If you’re out and proud, I encourage you to be a role model. There may be fellow students or colleagues feeling like I did as a teenager; scared to be themselves. Seeing someone who is able to embrace their sexuality and gender identity is truly an inspiration for those who are struggling.